SINGAPORE - Pioneer Generation shoppers can continue to benefit from a FairPrice discount scheme for another six months, as the supermarket chain announced a fourth extension to the initiative on Thursday (Dec 27).

FairPrice said in a statement that its Pioneer Generation Discount Scheme will now remain until June 30 next year at all its supermarkets and hypermarkets islandwide.

The move will cost the chain more than $2 million, in addition to the $16 million in discounts that it has already given to members since the scheme's launch in 2014.

Last year, the scheme was enhanced to allow members to enjoy a 3 per cent discount on Thursdays, on top of Mondays.

FairPrice said that this complements the Seniors' Discount Scheme, which enables shoppers above the age of 60 to enjoy a 2 per cent discount on Tuesdays.

Pioneer Generation members are Singaporeans aged 65 and above in 2014 who obtained citizenship on or before Dec 31, 1986.

FairPrice chief executive officer Seah Kian Peng said the supermarket chain was one of the first retailers to champion the national initiative to honour Singaporeans who have contributed to the country's pioneering years. 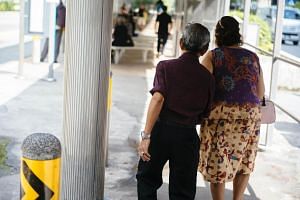 $180 million in Medisave top-ups for Pioneer Generation in 2018

Mr Seah added that the chain has decided to extend the scheme for Pioneer Generation members again "so that they may continue to reap greater savings for daily essentials".

This year alone, members who shopped at FairPrice reaped over $4.5 million in discounts through the scheme.

However, FairPrice said on Thursday that it will discontinue its Pioneer Generation priority queues from Jan 1 next year, as it has "since fulfilled its objective".

Mr Seah said that the priority queue was introduced in October 2014 to raise awareness among customers to treat pioneers and seniors more graciously.

"We encourage the public and shoppers alike to continue to be considerate in their shopping etiquette, going beyond designated queues, as we cultivate a more gracious and kinder society," he added.

FairPrice said that customer notices will be put up to inform customers of the priority queue change, and in-store collateral will be progressively replaced.

The chain also said that it will continue to review the Pioneer Generation Discount Scheme to ensure its alignment and relevance to its various ongoing initiatives and incentives.