SINGAPORE - Repeat drug abusers who do not commit crimes might no longer face mandatory jail terms, but this does not mean that the authorities' stance towards drugs has softened, said Senior Parliamentary Secretary for Home Affairs Amrin Amin.

He noted that detention time in the Drug Rehabilitation Centre (DRC) as well as the period of supervision after release will be increased under proposed legislative changes tabled in Parliament last Monday (Nov 19).

Another change is to give the Central Narcotics Bureau director the power to order former abusers to turn up for urine or hair tests at any time - a move aimed at encouraging them to stay drug-free.

"And so these are three key examples that show we remain firm, we remain strong, and the no-nonsense approach still stays," he told The Straits Times at the Ministry of Home Affairs last Friday (Nov 23).

He highlighted these safeguards in response to feedback from counsellors and experts that some saw the proposed changes to the Misuse of Drugs Act as a dilution of Singapore's tough stance on drugs.

The change will allow abusers caught for the third time or more, and who do not face other concurrent criminal charges, to be sent to the DRC, instead of jail under the long-term imprisonment (LT) regime, which carries a criminal record. LT sentences start from five years with a minimum of three strokes of the cane. 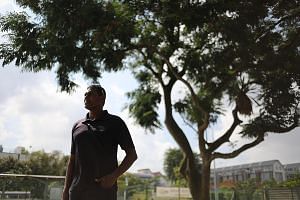 On the key reason behind the emphasis being placed on the DRC instead of LT, Mr Amrin said the aim is to provide an "intensive, calibrated" approach to rehabilitation for drug abusers.

"What we have found is that long periods of incarceration have an effect in terms of the family ties and employment prospects, so it's important that we minimise that... (while) at the same time, not devaluing the deterrence effect, or affecting their rehabilitation progress," he noted.

Mr Amrin said the authorities, in proposing the changes, are also mindful of the need to ensure that public safety as well as security are maintained.

"Most importantly, it is to ensure that our strong stance against drugs remains intact, that an anti-drug approach remains the core of our system. And we do not affect this," he added.

He said the changes also take into account the recent developments in science, in terms of enabling the use of hair specimens.

"It is also taking advantage of latest research showing that with better employment outcomes and family support, there can be better chances of reintegration, that reduces in the end the recidivism rate," said Mr Amrin.

But the consequences for drug abusers remain severe, he added, citing the increase in the maximum period of DRC detention from three to four years and the maximum supervision period upon completion of the community-based programme from two to five years.

"Any young person who might be under the illusion that he can get away easily or lightly with drugs is going to be very, very disappointed," he added.