SINGAPORE - From building shelters to introducing sterilisation as a way of controlling the stray dog population, animal welfare groups here say they have noticed the Government is doing more to protect animals.

They point to a variety of schemes the Agri-Food and Veterinary Authority (AVA) introduced in the last few years that signal advances in the protection of the Republic's animal inhabitants.

Just last week, the AVA, which is in charge of animal management issues, announced that it will launch the first nationwide sterilisation programme for stray dogs in the second half of 2018.

Seen as a more humane way of managing the stray dog population, animal welfare groups have long urged the AVA to adopt sterilisation, instead of culling street dogs.

The introduction of such a programme shows the Government's willingness to listen to voices on the ground, incorporate best practices from abroad and change policy when needed, said Dr Jaipal Singh Gill, executive director of the Society for the Prevention of Cruelty to Animals.

"This bodes well for the future of animal welfare in Singapore," he added.

In November last year, the AVA also made a groundbreaking move in announcing that it will build a facility in Sungei Tengah.

The facility will house the 40 animal welfare groups and pet farms in Loyang and Seletar which will need to move out when the leases for their current premises expire.

These groups will not have to cough up money to bid for new land and build facilities of their own.

Instead, they will just pay monthly rental for space to house their animals at the facility, which will be ready in phases from now to the middle of next year.

Animal welfare groups say that in the past, while the authorities took action against animal abusers, the work of safeguarding the welfare of animals was largely left to them.

But recent moves, which include the commissioning of a scientific study on stray dogs and separately, greater enforcement against animal abusers, show that animal welfare has been accorded greater priority by the authorities.

He said: "In short, society is deemed to be ready to embrace animal rights." 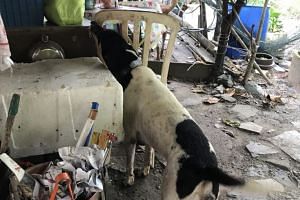 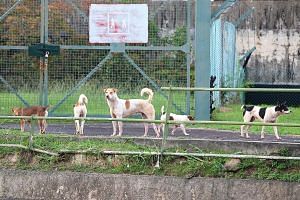 The group is in charge of several initiatives, including the stray dog sterilisation scheme.

He said: "I must say that since Ms Kwok took charge of the Animal Management Group in April last year, AVA has really made a huge difference to the animal welfare groups and, most importantly, to all the animals, especially stray dogs."

AVA has also taken a more consultative approach in working with the animal welfare groups as highlighted in how the plans for the animal shelter were drawn up.

For instance, after consulting the groups, AVA said the facility will have a variety of layout configurations, to cater to different animal welfare groups.

And the role played by the AVA does not stop there. More animal abusers have also been dealt with.

Animal welfare groups have welcomed what they see as greater government efforts to ensure the well-being of animals. While the groups play an important role in protecting animals here, the Government's show of commitment sends a signal that animal abuse will not be tolerated.