System to be completed in 2024 will boost digital connectivity, offer network diversity

The Bifrost Cable System will be the high-speed transmission cable of the largest capacity across the Pacific Ocean when it is completed in 2024.

Spanning more than 15,000km, it will link Singapore, Indonesia, the Philippines, Guam and the west coast of North America.

The project will be developed by Keppel Telecommunications & Transportation (T&T), Facebook and Telekomunikasi Indonesia International, a subsidiary of Indonesia's Telkom telecommunication and network service provider.

The undersea cable system will cater to the rising connectivity needs of the South-east Asia region by offering direct connectivity to North America, said the companies in a joint press statement yesterday.

There has also been demand for more capacity through the Pacific region owing to the significance and growth of Asian markets.

This is the first subsea cable project undertaken by Keppel.

Keppel T&T chief executive Thomas Pang said the development of the cable system allows the company to strengthen its connectivity platform "by building a new adjacent and complementary business to our data centre business".

"This will be a transnational critical infrastructure which will enhance Singapore's role as a digital hub, as well as support and accelerate the region's growing digital connectivity needs," he added. 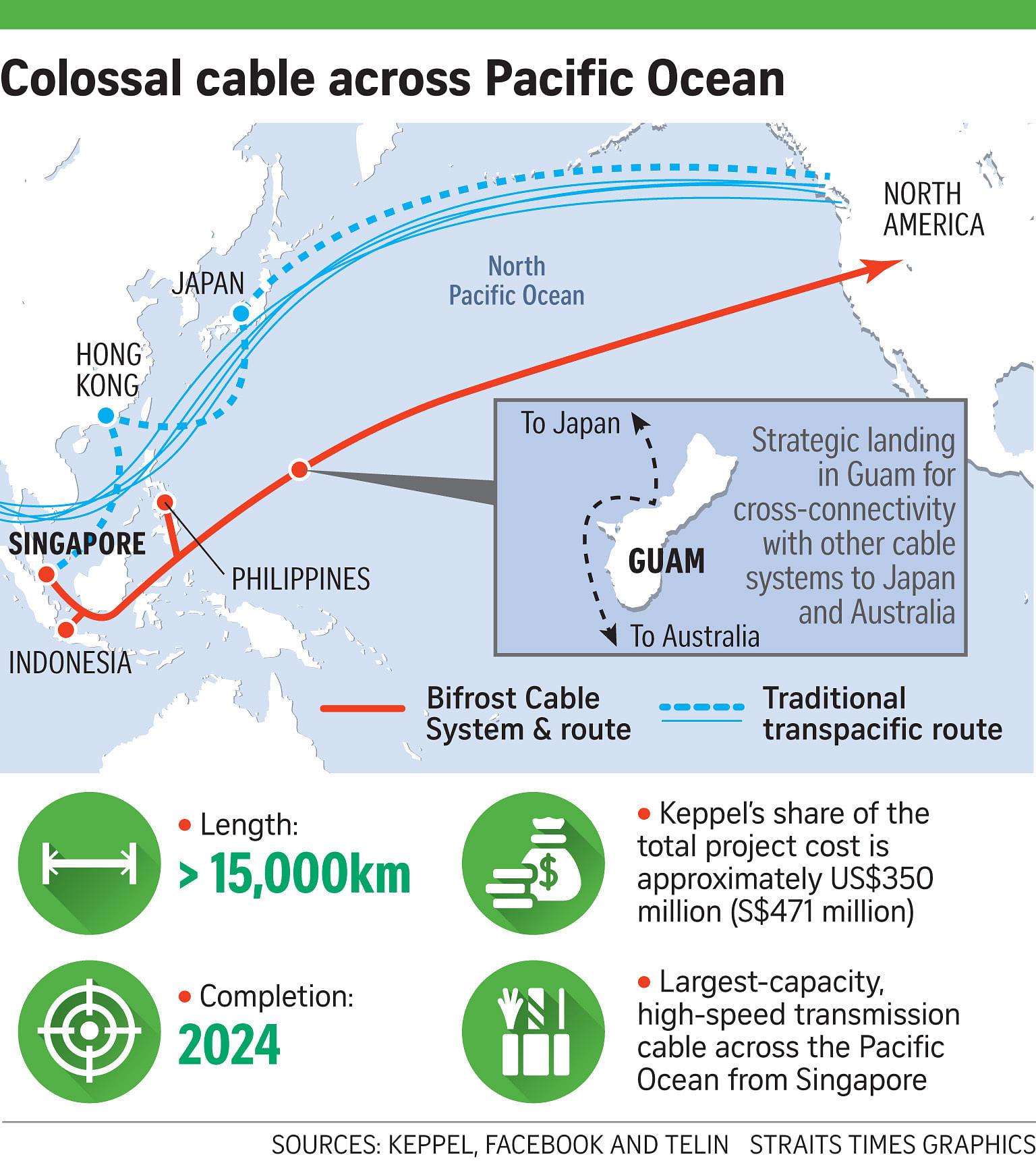 A Keppel spokesman said the company is unable to disclose the number of fibre pairs that it has in the project.

However, the spokesman added: "For the fibre pairs owned by Keppel, we are in advanced discussions with some potential partners and customers, who could co-own or lease the fibre pairs. We expect the majority of the fibre pairs for Keppel to be pre-committed before the completion of construction."

Alcatel Submarine Networks (ASN) has been appointed for the supply and installation works of the cable system.

THE THREE COMPANIES IN A JOINT PRESS STATEMENT

On the venture, Mr Kevin Salvadori, vice-president of network investments at Facebook, said: "We are committed to bringing more people online to a faster Internet, to support the growth of digital economies, and to do this in collaboration with local partners."