New laws will be tabled in Parliament some time this year to ban the sale of media streaming boxes with "add-on" services that help consumers to access pirated content.

This clarity comes on the heels of a three-year review by the Ministry of Law (MinLaw) and the Intellectual Property Office of Singapore (Ipos) of Singapore's copyright laws.

The legality of media streaming boxes has been a grey and contentious area as copyright holders have found it difficult to resort tomany of the usual legal avenues created in the DVD era against set-top box retailers that benefit from the sale of add-on services.

"We are of the view that legislative amendments are needed to both clarify our policy position and the actions that can be taken against retailers of such set-top boxes," MinLaw said in its Copyright Review Report issued yesterday.

"The measures, which are absent today, will make clear that acts such as the import and sale of such devices are prohibited," the ministry said in a separate statement.

The new laws will impose civil and criminal liability on people who wilfully distribute or sell a product that can be used to access pirated content if the product is designed for such access or advertised as such. The selling of a generic device with add-on services - such as supplying website links or subscription services to pirated content - will also be deemed illegal.

Close to 100 formal submissions and more than 280 online feedback forms were received by MinLaw and Ipos.

The new laws will impose civil and criminal liability on people who wilfully distribute or sell a product that can be used to access pirated content if the product is designed for such access or advertised as such.

The selling ofa generic device with add-on services - such as supplying website links or subscription services to pirated content - will also be deemed illegal.

But the new rules will not require retailers of general devices to be responsible for how purchasers set up the devices and use them.

Technology lawyer Koh Chia Ling of OC Queen Street said that consumers are not the target of the proposed changes. 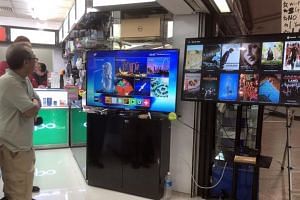 The Copyright Act was enacted in 1987, with major revisions last made in 2014 to allow content owners to seek a High Court order to get Internet service providers (ISPs) to block piracy websites. Before the revised law, they could not compel ISPs to block pirated content.

Last November, following a motion filed by SingNet, which is part of Singtel, and copyright holders Fox Networks Group Singapore, NGC Network Asia, Fox International Channels (US) and The Football Association Premier League, the High Court ordered eight new piracy websites and any others related to them to be blocked, bringing the total number of such websites blocked to just over 60.

In April, the courts will hear a criminal case against trading firm An-Nahl for "wilfully" infringing copyright, including that of telcos StarHub and Singtel, as well as the Premier League, by helping people to access pirated content using media streaming boxes that it was selling.

A date to hear the case against retail firm Synnex Trading over a similar infringement has yet to be fixed.