New offences covering exploitative sexual relationships with minors as well as specific laws to tackle child abuse material are among the proposals in a Bill introduced in Parliament yesterday.

The Criminal Law Reform Bill, presented by Senior Parliamentary Secretary for Home Affairs Amrin Amin, will better protect minors by making it an offence to engage in sexual activity with those between 16 and 18 years of age in the context of an exploitative relationship.

The proposed offence carries a sentence of up to 15 years in jail, with a fine or caning.

Currently, the age for sexual consent is 16, but there are no provisions for penetrative sexual activity arising from an exploitative relationship for the 16-18 age group.

To determine if a relationship is exploitative, the court will consider a non-exhaustive proposed list of factors, the Home Affairs Ministry said in statement.

These include the age difference between the offender and the victim, the age of the minor, the nature of the relationship and the degree of influence the offender has over the victim.

"A large age difference may result in the victim seeing the accused as an authority figure and therefore the accused is able to exert significant influence over the victim," said the ministry, adding that other jurisdictions such as Canada have similar lists. 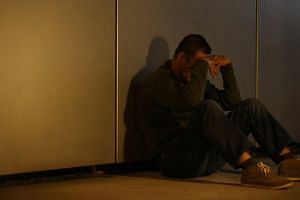 The proposed amendments will also set out a list of relationships that will be presumed to be exploitative, and these include that of teacher-student, doctor-patient and parent-child.

The presumption is not conclusive, but is rebuttable, and the accused has to prove he or she did not exploit the minor.

The Bill also seeks to criminalise the entire production line and possession of child abuse material, which will cover the sexual and physical abuse of children below age 16 and the depiction of minors' genitalia.

The maximum penalties for engaging in the proposed offences are a jail term ranging from five to 10 years, with a fine and caning.

There will, however, be defences for those who receive unsolicited child abuse material, provided they take reasonable steps to get rid of it.

The defences relating to legitimate purposes include possessing the materials for court proceedings or the investigation or prevention of an offence.

Excluded from the Bill are materials depicting imaginary or fictional children.

In response to queries from The Straits Times on whether fictional child abuse material - which does not harm actual children - can still feed a paedophile's inclinations, the ministry said there is "no conclusive evidence proving a link between accessing fictional images of sexual abuse and the commission of offences against children".

But the ministry stressed that possessing and distributing such images may legitimise and reinforce inappropriate views of children.

Hence, material depicting fictional children will continue to be criminalised as obscene material under the Penal Code, but with increased penalties of up to two years in jail when the material depicts minors.

The Bill also seeks to tackle the predatory conduct of adult offenders towards minors, and will criminalise the act of engaging in sexual activity before a minor, causing a minor to view sexual images, as well as sexual communication with a minor.

The changes come after the highly publicised 2017 case in which a mixed martial arts instructor committed various offences, ranging from sexual penetration of two 15-year-old girls to showing an obscene film to a six-year-old girl. Obscene films were also found in his home.

Joshua Robinson, an American expatriate, was sentenced to four years in jail, which caused public outrage over what was perceived as inadequate punishment.

Another new offence introduced in the Bill is the criminalising of the possession, production, sale and distribution of child sex dolls.

The ministry said it was in response to technological advancements that have made it easier to produce these dolls that depict actual children.

The development of child sex dolls has also sparked worldwide debate on whether they should be made illegal, with some making the case that these dolls might assuage the urges of paedophiles. The import and distribution of these dolls are now banned in countries such as Australia and Britain.

On proposing the ban on child sex dolls, the ministry said: "The Government is aware of the use of child sex dolls in other jurisdictions... (it) recognises that such material may legitimise and reinforce inappropriate views of children.

"As such, we have proposed that the possession, sale, distribution, importation, exportation and production of these child sex dolls be offences."