The number of Muslim divorces fell to a five-year low last year, thanks to recent initiatives to bolster marriages within the community, although some experts warned it is too early to celebrate.

Last year's figure was the lowest since 2012 when 1,587 Muslim couples split up, according to the 2017 marriages and divorces statistics released by the Department of Statistics yesterday.

Experts attributed the dip to new initiatives aimed at strengthening marriages in the Muslim community.

"Couples are now also required to go through a marriage counselling programme before they file for divorce, which may have contributed to a reduction in divorce rates, as couples are given the opportunity to reflect and really assess their decision to get a divorce," said Madam Zaleha Ahmad, centre director of the Association of Muslim Professionals' Marriage Hub.

Another possible contributing factor to the fall is the Government's increased focus on supporting couples in their marriages, said a representative from the Singapore Muslim Women's Association, which conducts marriage preparation courses as well as marriage counselling sessions.

However, the top reason for divorce was infidelity, with 23.5 per cent of Muslim couples splitting up because of a cheating spouse. This was up from 18.8 per cent in 2007. 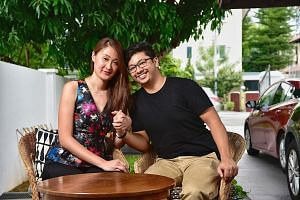 Other observers cautioned that the fall in divorces should not be a cause for celebration yet.

Said veteran lawyer Halijah Mohamad: "I am not convinced that this is something that we should be congratulating each other about in the community, because if you look at the absolute numbers, the drop is insignificant.

"We can start to congratulate each other only if we see a trend of decrease."

Correction note: An earlier version of this story said Muslim divorce rates were at a five-year low. We are sorry for the error.