MPs generally advised to write to MinLaw, says PAP Whip in response to queries after judge's remarks on MP's letter

The People's Action Party (PAP) has made public its internal procedure for when its MPs should write letters of appeal directly to the courts on behalf of residents, saying this is usually done only for "urgent cases".

MPs are generally advised to write to the Ministry of Law (MinLaw), which will then forward the letters of appeal - for example, when asking for leniency in sentencing - to the courts for their consideration, said PAP Whip Chan Chun Sing.

"It will be for the courts to determine how much weight should be given to the appeal," he said.

But in urgent cases, for instance if the hearing is in the next few days, "MPs sometimes use their discretion, to give letters by hand to residents, to be used in court", said Mr Chan, in response to queries from The Sunday Times.

The question of when MPs should write to the courts arose after a judge took issue with the misrepresentation of facts in an MP's letter to the State Courts. It downplayed a motorist's culpability in an accident.

According to the letter from Sengkang West MP Lam Pin Min, Tang Ling Lee's car had "accidentally brushed a motorcyclist resulting in the motorcyclist sustaining some injuries". However, according to the statement of facts, the victim had suffered multiple fractures requiring a dozen operations in two months.

Justice See said the statements were "regrettably misleading" if they correctly reflected what Tang had conveyed to her MP. 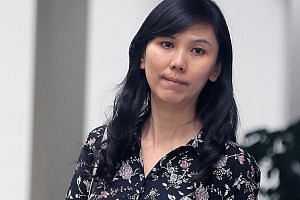 Drivers who cause harm: Sentencing framework set out 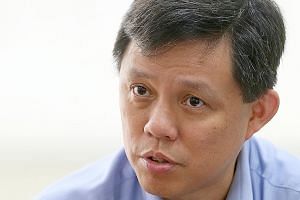 "It would appear that they sought to unfairly trivialise the accident and diminish the true extent of the victim's substantial injuries," added Justice See, who dismissed her appeal against a one-week jail term in the High Court.

On how far MPs should go in verifying what residents say before writing appeal letters on their behalf, Mr Chan said MPs are usually "not in a position to verify the facts narrated by the resident".

According to the party's "longstanding internal protocol", the MP will write to present the resident's case if requested to do so, and the letter will be based on the resident's assertions.

Dr Lam told The Sunday Times he had sent a letter of appeal to the Traffic Police last February on behalf of Tang, when she approached him at his Meet-the-People Session (MPS) to appeal for a reduction in charges.

"She shared with us the circumstances leading to the accident and that she was regretful and intended to plead guilty," he said.

On April 18 last year, Tang saw Dr Lam again at his MPS and said she would be charged in court on May 2.

Dr Lam said an appeal letter for leniency was given to her by hand on the same night in a sealed envelope, addressed "to whom it may concern" at the State Courts, as there was "some urgency" since the case would be mentioned in two weeks' time.

The episode also gave rise to questions on whether MPs should write directly to the courts.

Two Straits Times Forum letters published yesterday questioned if MPs writing to the courts would blur the separation of powers between the legislative, executive and judicial branches of government.

Lawyers said MPs should be wary of sending criminal appeal letters to the courts.

"It may create certain impressions of bias, or attract unnecessary allegations," said criminal lawyer Josephus Tan of Invictus Law, who has been volunteering at various PAP MPS sessions since 2013.

It is more appropriate to send such letters to the prosecuting agencies, he added.

Lawyer Amarick Gill of Amarick Gill LLC said accused persons should not think that a letter from an MP will have an impact on the charges they face or the sentence they will receive.

Mr Chan said the PAP has no specific governing rules on the sending of MP letters to the courts or other agencies.

Whom the MP's letter is addressed to will depend on which stage the case is at and the nature of the request, he added.

Ten MPs whom The Sunday Times spoke to, including Jalan Besar GRC MP Heng Chee How, Nee Soon GRC MP Louis Ng and Pasir-Ris Punggol GRC MP Zainal Sapari, also said they usually refrain from writing to the courts, as they could be seen as overstepping their role.

When contacted, the Workers' Party declined to comment on its protocol for MP letters.

MacPherson MP Tin Pei Ling said she usually avoids writing letters if the matter is before the courts.

"(I advise the residents that) the judiciary is independent, so none of us (MPs) has any right to influence or interfere," she added.

She noted, however, that in some rare cases, residents who have to go to court for cases like non-payment of traffic fines may approach her for help as they may not be proficient in English.

"In those cases, we will clearly state that the resident has approached us to help to tell his story, and will be careful to not put the letter across as an appeal."

Ang Mo Kio GRC MP Intan Azura Mokhtar said she has to give residents the benefit of the doubt when she writes appeal letters on their behalf.

"MPS are all run by volunteers, and we don't have the resources that a ministry, the courts or a lawyer would have to determine the facts of a case."