Singapore's first woman minister with her own portfolio says there are 'quite a few good, talented' candidates

Singapore's first woman minister with her own portfolio is confident that more of her female colleagues will join her in the Cabinet in the near future.

Minister for Culture, Community and Youth Grace Fu, 51, said she sees "quite a few good candidates", in an interview ahead of International Women's Day tomorrow.

"I see quite a few good candidates. They are young, they are good, they are talented, they are effective - I don't see why they cannot be ministers." 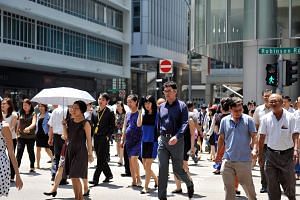 Mission: To build a national identity 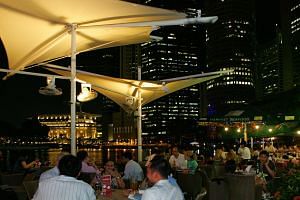 But she would not be drawn to identify them or even say whether they are in the current crop of senior ministers of state.

"I wouldn't want to speculate, but you can see that there are quite a few of them," she said.

The women officeholders include three senior ministers of state who are seen as members of the fourth- generation leadership team: Ms Indranee Rajah, Mrs Josephine Teo and Ms Sim Ann.

In her first interview with local newspapers since she took office six months ago, Ms Fu also dwelt on plans for the sports and arts sectors.

Her No. 1 priority, however, is to deepen Singaporeans' national pride and nurture a caring society.

Ironically, pride in her political achievement, as Singapore's first woman minister with her own portfolio, hardly entered her consciousness initially.

With a wry smile, she said she did not see what the fuss was all about at first. But when strangers told her she was an inspiration to their daughters, she realised that she was part of a line of women in politics who pushed the envelope.

Mrs Lim Hwee Hua, she pointed out, was Singapore's first woman full minister when she was promoted in 2009 to be Second Minister for Finance and Transport. Mrs Lim, however, left politics after she was defeated in Aljunied GRC in the 2011 General Election.

"What I am doing is really pushing the boundary a little. Mrs Lim was the first Cabinet minister, I pushed that to be the first minister to helm a ministry," Ms Fu said.

"Madam Halimah Yacob is the first Speaker of Parliament. And now, I am the first woman Leader of the House. We are just pushing that boundary for women... I am glad to be part of that movement to push the boundary for women." Ms Fu, who was appointed Leader of the House last September, is responsible for arranging government business and Parliament's legislative programme.

But will Singapore have a woman prime minister one day? She said without hesitation: "Why not?"

But she does not seem to see it happening soon, and declines to speculate on when it may happen.

"It should be something that is natural. It cannot be orchestrated," she said.

She was also circumspect about criticism from some quarters on the slow progress of women in politics in Singapore.

"It is not affirmative action. We don't believe in the quota system," she said.

But she believes that women face obstacles in reaching their full potential. These include expectations of a woman's role at home, being overlooked for promotions at work and being penalised for taking time off work to look after young children.

Ms Fu, a mother of three sons who turn 24, 22 and 19 this year, attributed her own success to the support of her husband and parents.

Her bosses gave her big breaks, too, said the former chief executive of PSA International (South-east Asia and Japan) at PSA Corp, which manages Singapore's ports.

But in the push for progress, people need to bear in mind, she said, that gender equality does not mean equal numbers at the workplace or in Parliament.

Like other countries, women in Singapore will dominate some sectors, such as childcare and nursing, while men do so in sectors like the uniformed forces, she said.

But when it comes to politics, she wants the gap narrowed: "We hope to see more women. But it has to take time. We cannot rush this."