The URA on Monday (April 16) proposed allowing condominium owners to rent out their property for short-term stays if owners holding on to at least 80 per cent of the development's share value agree to allow such rentals.

Currently, such rentals are illegal, but there are still numerous local Airbnb listings online. Tampines condominium resident Mabel Yeo, 32, said she has never experienced any negative impact despite several such rentals in her estate, and that the impact is perhaps bigger in the more popular residences.

Airbnb's head of public policy for South-east Asia Mich Goh said the proposal is an "important step for the significant number of locals who want to share their homes, and travellers who want a unique and authentic experience when they visit", but later added that the company needs to review the proposals more thoroughly.

Several that The Straits Times spoke to supported the proposal.

Mrs Kelly Yeo, 45, a housewife in a King Albert Park condominium, cited advantages such as "creating an extra source of income, giving retirees a renewed sense of purpose, and allowing for funds to be accrued without having to downgrade to a smaller unit".

Mrs SC Yeo, 49, was similarly positive, but suggested homeowners give notice to neighbours about incoming renters and enforce "commonsensical rules" for tenants to minimise inconvenience and problems. 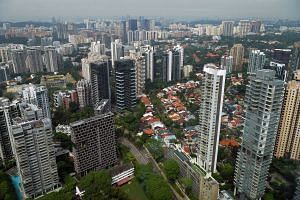 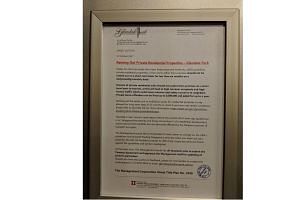 A look at Airbnb laws in various cities

Others were less pleased about the idea. Stevens Road resident SY Tan, a doctor in her 50s, said: "We pay premium price for the privacy, security and facilities to live in a condo in the first place. If my condo becomes an Airbnb the value might drop, and there might be an increase in the wear and tear. I would be insecure not knowing who my neighbour would be every day."

Business manager Tong Foo Cheong, 55, highlighted voting logistics as a downside. "Trying to get approval will involve all residents, including the majority who are reluctant, apathetic or ill-informed. It will make estate management more complicated and may deter residents from volunteering on the management council."

"It should remain the right of the owner to do as he or she wishes," said Mr Nicholas Koh, 50, who stays in a detached house in Serangoon Gardens and thinks short-term rentals "don't really adversely affect the community or its neighbours".

Madam Ang, who did not want to give her full name, has lived in her house in Jalan Kayu for more than 70 years and rents part of it out long-term. She was strongly against the short-term ruling, saying a constant flow of intermittent guests would disrupt the area's "kampung spirit".

"If you only care about money and insist on such homestays, your neighbours will just think of you as a person who loves money," she added.

Traditional tourist stays could also be hurt by the competition from a legalised Airbnb.

"There is no longer the perception of Airbnb being here to cater to travellers who are tightening their purse strings," said Mr Patrick Fiat, general manager and chief experience officer at Royal Plaza on Scotts. "It is a platform with the ability to cater to all budgets and types of travellers, similar to the segmentations of the hotels' business."