The long-awaited MediShield Life health insurance which will cover everyone - even the old and the sick - is starting two months ahead of schedule on Nov 1.

First announced by Prime Minister Lee Hsien Loong in 2013, it will provide all Singaporeans and permanent residents coverage from birth to death for big subsidised bills at hospitals.

The launch date was announced yesterday at a Hong Kah North SG50 event by Health Minister Gan Kim Yong, who called MediShield Life a "major policy shift" and noted that much has been done in the past two years, including getting parliamentary approval. 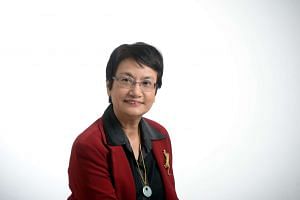 While there is still work to be done, such as aligning hospital systems, Mr Gan said he was glad to bring forward the launch date from the end of the year to Nov 1.

People who have no insurance coverage will receive letters in October telling them of their premiums and the subsidies they will receive.

Those who are insured under MediShield or a private integrated plan (IP) will be given details a month before their annual renewal is due.

But all will enjoy the higher benefits of MediShield Life from Nov 1, such as lower co-payment of bills and unlimited lifetime claims.

People who have pre-existing conditions - such as cancer, kidney failure, stroke, serious heart and liver conditions and chronic obstructive pulmonary disease - and are now excluded for these, will be told if they will need to pay the 30 per cent additional premium for 10 years to get coverage for these conditions.

Mr Gan said not everyone with these medical problems will need to pay the additional premium: It depends on the severity of their condition and the ministry will take a "fair and compassionate" approach.

All who have to pay the additional premium will be told in October, but they can appeal if they feel that the condition is under good control or has been cured, said Mr Gan, adding that subsidies apply to the additional 30 per cent premium.

The Pioneer Generation, or Singaporeans aged 65 and above last year, will enjoy 40 to 60 per cent subsidy for life, based on their current age. They will also get Medisave top-ups of $200 to $800 a year.

Non-pioneers from lower- to middle-income households will get up to 50 per cent subsidies.

Admitting that the system is rather complex, Mr Gan said the ministry will be sending out booklets to all households to explain how the scheme affects them and the premiums they will need to pay.

Senior Minister of State for Health Amy Khor told the 2,000 participants at the same event at ITE College West that MediShield Life will give assurance, especially to the vulnerable, that their neighbours, friends and the Government will be looking out for them.