SINGAPORE - Unemployment in Singapore has risen and could rise further, Manpower Minister Lim Swee Say said on Friday (April 28) in a May Day message.

The reason he gave is that some sectors in the economy are still struggling with structural changes.

But the rise in unemployment is still below the peaks that hit Singapore during the 2003 outbreak of Sars, or the Severe Acute Respiratory Syndrome, and the 2009 Global Financial Crisis.

The challenges confronting the economy, however, are "no less daunting" than in the past, Mr Lim said in his annual message ahead of May Day on Monday.

The unemployment rate for local workers rose to 3 per cent last year, after holding steady at about 2.8 per cent since 2012. It reflects the slowing economy, which grew by about 2 per cent in the past two years, down from the average of 4.5 per cent previously, Mr Lim noted. 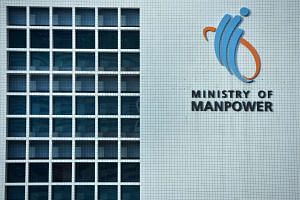 "Our economy is still growing, not shrinking," he said.

But the transition this time is less cyclical, and more structural, he added. "Some sectors are still under stress and unemployment could rise further."

Recovery too will be unlike previous downturns. "More time and effort is needed to get through this transition completely", Mr Lim said.

The key to achieving it lies in the hands of both employers and workers, he added.

They need to be better and quicker in adopting technology, innovate faster and raise productivity so that they can compete globally for investments and jobs. Workers also need to cope with disruptions to jobs and learn new skills, the minister said.

"There is no shortcut to success," he said. "It is never easy for any country to transform its economy and workforce."

Mr Lim, however, is confident that businesses and workers can make the transition.

"We have succeeded time and again to emerge stronger. This time, we can and will succeed again," he said.

His optimism stems from the three-way partnership between the Government, employers and unions. The tripartite partnership is committed to helping businesses transform and workers cope with the economic changes, he said.

In a separate May Day message, the National Trades Union Congress (NTUC) said that it will step up efforts in training and job placement for workers.

It is expanding its NTUC Education and Training Fund for more workers to upgrade their skills, said NTUC president Mary Liew and secretary-general Chan Chun Sing in a joint message.

The NTUC is working with institutes of higher learning to coach students in career planning. It is also working with government bodies to identify the skills workers need to land future jobs and develop training courses in these fields.

These moves will ensure the labour movement stays relevant to the needs of the economy and the aspirations of workers, the NTUC said.

Besides jobs and training, the social enterprises such as supermarket chain NTUC Fairprice and insurance cooperative NTUC Income are also evolving, offering new products and services. "We must disrupt ourselves before others disrupt us," said the NTUC.

Meanwhile, the Singapore National Employers Federation (SNEF) said it will do its part to help raise productivity. "Labour-management cooperation will be key in sustaining productivity gains at the enterprise level," said SNEF president Robert Yap, adding: "SNEF is committed to continue to be 'by the side' of employers and labour movement to help strengthen this productivity partnership."

The annual May Day awards for those who have contributed to the labour movement will be presented at an event on May 13. On May 21, a carnival for foreign workers will be held at Sungei Tengah dormitory.