Such behaviour often means taking shortcuts such as not wearing harnesses or other protective gear.

Speaking at the Singapore Workplace Safety and Health (WSH) Conference on Wednesday (Aug 24), he warned that the workplace fatality rate is once more on the rise. 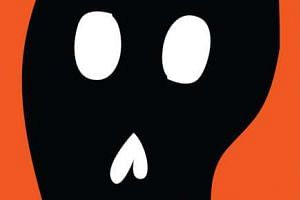 When non-slip shoes may have prevented workers' deaths

So far, 48 lives have been lost at work this year.

Citing an analysis by the WSH Institute on the 33 construction deaths between June last year and this May, he said seven in 10 of such fatalities were due to poor planning or execution of work activities.

The study also showed that 87 per cent of the companies involved had failed to carry out thorough risk assessment or put in place the proper risk control measures.

Said Mr Lim: "Some companies have also accepted WSH infringements as unavoidable. They set aside 'safety budgets' to cover the enforcement fines."

Another factor, he said, was workers' health. In the last three years, a third of all work fatalities involved workers with existing medical conditions such as heart disease and hypertension. These were aggravated by their work, resulting in accidents.

He also stressed the growing need to redesign jobs for elderly workers, observing that 18 per cent of the accidents in the first half of this year involved workers aged 55 and older.

In one such case in January, an elderly cleaner was sweeping leaves behind a planter wall when he lost his balance and fell, dying from his injuries.

"This could have been prevented if the job was redesigned to suit his physical abilities," said Mr Lim.

He called for a more "progressive and pervasive culture" to be inculcated in WSH here.

"Safety is not just about keeping oneself safe. More often than not, accidents are not caused by the victims themselves but by the people around them.

"The Government can likewise support and encourage by incorporating more safety considerations into public construction tenders. This will spur private developers to do the same."

As a young civil servant in the early 1960s, Mr Nathan was seconded to the National Trades Union Congress (NTUC) during a fractious time for the labour movement.

He said: "We must not forget what Mr Nathan and all the pioneer leaders of Singapore have done... to ensure the progress of Singapore translated to better pay, better work, and better lives for the workers of Singapore."

The two-day WSH Conference, which closes on Thursday (Aug 25), brings together more than 1,000 WSH experts and employers at the Suntec City Convention Centre to discuss workplace safety and health issues.