SINGAPORE – After her domestic helper of six years returned home to Indonesia in 2015 to tie the knot, Ms Marisa Low, 42, hired a new domestic helper to help take care of her three children.

Things did not pan out with the new maid, who was also from Indonesia.

“You could tell she wasn’t happy (looking after children). It turned out that she did mostly cooking and cleaning (in her previous role), and she was uncomfortable interacting with my kids,” said Ms Low, a public servant.

The two-year contract was cancelled and the domestic helper was back at the agency after a few days, with Ms Low hiring someone else instead. This third maid is still working for the family.

Scenarios like this are not uncommon in Singapore, with two in three foreign domestic workers (FDW) having their employment contracts cancelled before the full two-year period is up.

To reduce the proportion of employers who cancel employment contracts prematurely, the Ministry of Manpower (MOM) announced on Sunday (Oct 6) that it will start collecting information on a domestic worker’s work experience, including their key job scope.

The initiative, which will kick in from October 2020, will help potential employers find an FDW who matches their needs, thus leading to better retention rates, said MOM.

In Ms Low’s case, she was wrongly told that the maid had experience working with children. 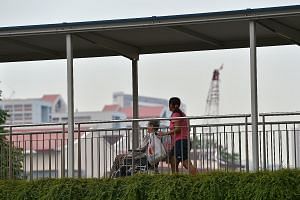 More domestic workers needed, but do more to protect their rights

When family members abuse a maid together

Meanwhile, the Centre for Domestic Employees (CDE) and Foreign Domestic Worker Association for Social Support and Training (Fast) will start offering free dispute resolution services from the end of this month for employers, domestic workers, and employment agents.

This is to encourage employers and helpers to clear up misunderstandings and continue their working relationship, instead of terminating a contract as soon as a dispute arises, said Mr Michael Chew, chair of the mediation sub-committee at Fast.

He said Fast had been conducting a pilot of its dispute resolution programme from 2016, and all 46 cases that it managed were amicably resolved without employers terminating the contract. Common sources of dispute include disagreement over days off and the availability and suitability of food for the maids.

“Often, this is down to cultural differences or misunderstandings, and helpers may not dare to raise with their employers the issues they face. We help them to communicate on an equal platform,” said Mr Chew.

Maids are typically hired on two-year terms. When she is returned to the agency before the term ends, her contract has to be terminated. A new two-year contract is drawn up when she finds a new employer.

MOM said that the information it collects will allow employers and the agencies to view the reasons for the termination of contracts on an online platform from next October. The platform will also show the household size of the maid’s previous employer, among other things.

While some maid agencies made it a practice to collect such information in the past, they may not have offered employers complete or accurate explanations for the cancellation of such work contracts.

There are also other changes afoot. 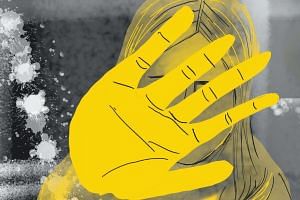 Protecting Singapore’s vulnerable: Abuse of maids on the rise despite stiff penalties

From October 2021, employment agents must also offer a service fee refund of at least 50 per cent to employers if a contract with a helper ends within six months.

This is to encourage the maid agencies to take greater responsibility for matching outcomes, said MOM.

More details will be announced at a later date.

Currently, employers pay service fees of between $300 and $1,200 when signing a contract.

“My current agent helped to find a suitable helper who could take care of a newborn, and I have just renewed her contract. But not all agents match workers with employer needs, and sometimes securing a good helper could just be a matter of luck for employers.”

Ms K. Jayaprema, president of the Association of Employment Agencies (Singapore), said there is a need to guard against employers who may abuse the new measures, in particular the partial refund of service fees.

For instance, some employers who are only looking for short-term help of fewer than six months could hire a domestic helper under a two-year contract before cancelling it and demanding a refund,said Ms Jayaprema, whose association represents about 350 maid agencies here.

“If this (new measure) ends up driving up operating costs, we are concerned that it may also cause agencies to raise their fees,” she added.

But Senior Parliamentary Secretary for Manpower Low Yen Ling said that employers will have little incentive to abuse the system to secure a refund.

“It doesn’t make economic sense, as an employer will have to bear the costs of repatriation to send her back to her home country (when a contract is cancelled). They also have to pay for her upkeep and maintenance if she chooses to stay here to look for another job.”