After that, the Indonesian foreign domestic worker went to Taiwan to work, where she was radicalised online.

She later married a pro-ISIS militant, and was jailed in Indonesia for 7½ years for plotting to blow herself up outside Jakarta's presidential palace in 2016.

"Through Facebook, for at least one year, I opened the pages of those with jihadis status. It inspired me," said Ms Novi, then 28, in an interview with Dr Noor Huda Ismail, who produced the documentary Pengantin, or Bride, which was screened to 250 foreign domestic helpers at Masjid Kampung Siglap on Sunday (Sept 22).

The documentary tells the stories of three Indonesian maids looking for love, two of whom were later jailed for their involvement in terrorist-related activities.

The documentary screening and the dialogue that followed with Dr Noor Huda, a visiting fellow at S. Rajaratnam School of International Studies, were organised by the mosque and the Religious Rehabilitation Group (RRG), which aims to correct the misinterpretation of Islamic concepts and dispel the extremist and terrorist ideologies associated with them.

It is part of efforts to reach out to the community, against the backdrop of growing ideological threats such as Singapore seeing cases of individuals being radicalised online, said Dr Mohamed Ali, vice-chairman of RRG.

According to the Singapore Terrorism Threat Assessment Report released in January this year, 14 Indonesian domestic workers have been repatriated after they were found to have been radicalised since 2015.

In July 2017, then Second Minister for Home Affairs Desmond Lee gave details of two radicalised maids who had been repatriated at that time. 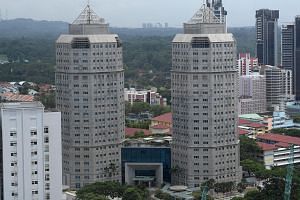 Radicalised maid reported by employer: How to spot signs of radicalisation

One of them was a 25-year-old who worked in Singapore for two years - the youngest among the nine radicalised maids detected so far. She had intended to travel to Syria with her foreign boyfriend to join ISIS, the Islamic State in Iraq and Syria.

The other, aged 28, worked in Singapore for close to five years.

"Similar to the earlier cases, both of them were ISIS supporters, radicalised through social media," said Mr Lee.

The word "pengantin" is a codeword for "suicide bombers" in Indonesian jihadi language.

Since the documentary was made last year, about 650 domestic workers have seen it being screened at the Indonesian Embassy and three other mosques in Singapore.

In the post-screening survey of 64 domestic workers in the past, most of them, when asked what they would do if someone sent them a link inviting them to fight in a religious-based conflict area, indicated that they would ignore the link or report it to the authorities.

At the dialogue on Sunday, several maids raised their hands to ask the religious leaders on stage questions. One of them was Ms Nanik Sarmini, 44, who has worked as a foreign domestic helper in Singapore for 16 years.

She asked the leaders how to spot someone who has been radicalised. She was told to look out for certain markers, such as when they become quiet and isolated or when they talk about being violent towards people whose views differ from theirs.

Another Indonesian maid, Ms Dewi Ambarsari, 33, said she knows of at least one friend who posts extremist views on Facebook.

She added: "She feels she is right and others are wrong and that others are bad and will go to hell. It is very easy to be influenced so it is good to have such events to hear from the religious leaders who can be trusted."