The firm has also been banned from employing foreign workers.

The workers, who were employed by Kay Lim and nine other firms, were found living in temporary quarters in a construction site near Commonwealth Avenue and Ghim Moh Link.

The Manpower Ministry (MOM), in a statement on Friday (Aug 18), said: "The living conditions were very poor and there was evidence of rat infestation."

Ms Jeanette Har, the director of foreign manpower management (well-being) at MOM, said: "All employers of foreign workers on work permit must provide clean and safe accommodation for their workers. Although we have seen improvements in the foreign worker housing landscape, there still are employers who deliberately compromise workers' safety and well-being. This is unacceptable and MOM will take these employers to task."

Under the Employment of Foreign Manpower (Work Passes) rules, employers must ensure that foreign workers are given accommodation that complies with MOM rules. 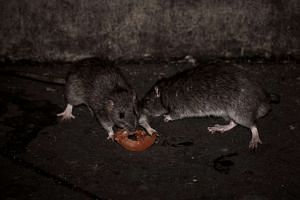 The ministry added that employers who flout conditions of the work pass can be charged under the Employment of Foreign Manpower Act, and fined up to $10,000 and/or imprisoned up to 12 months for each charge if found guilty.

They can also be banned from employing new foreign workers or fail to get work pass renewals for existing workers.

Employers are also required to update MOM within five days if there is a change in the worker's address .

Kay Lim in July was found guilty of failing to update the addresses of 20 workers who had moved to temporary quarters in a construction site in Ang Mo Kio Street 44.

Mr Yeo Guat Kwang, chairman of the Migrant Workers' Centre (MWC), said in a statement on Friday that MWC is "heartened that stern actions have been taken against the offenders and the company has been barred from employing foreign workers".

"We will continue to work in close partnership with the authorities and the dormitory industry association to further raise awareness of migrant worker housing and accommodation standards among workers, employers and at the national level," he said.

He added that MWC believes that migrant worker accommodation standards can be raised, and sub-standard housing by errant employers weeded out, only through concerted efforts.

Mr Yeo said MWC will continue to increase its community engagement at the various migrant workers housing facilities and is ready to facilitate any community-based efforts to detect and surface ongoing housing malpractices.

"It is the duty of employers of work permit holders to provide safe, sanitary and proper accommodations to their workers under the Singapore legislation," he said. "Failure to meet these requirements can attract criminal prosecution."

MOM said foreign workers on work permit who have issues with their housing must alert their employers.

If the employer does not make improvements, workers should seek advice and assistance from the Migrant Workers' Centre at 6536 2692 or report the matter to MOM at 6438 5122.