Older workers will soon be able to work longer if they wish. The retirement age will gradually go up from 62 to 65, and re-employment age from 67 to 70, between 2022 and 2030. Central Provident Fund (CPF) contribution rates will also rise over the next decade for workers aged 55 to 70. Manpower Correspondent Joanna Seow explains the changes.

Q How did the changes come about?

A The Tripartite Workgroup on Older Workers was formed in May last year to look at issues concerning older workers. It has representatives from the Government, employers and unions, which is important as employers and workers have different concerns.

For instance, older workers may want the option to work as long as they want, but companies may be worried about ensuring they can contribute productively and also about footing their insurance bills.

The group heard from more than 1,500 people, and the proposals were what was eventually agreed on by both the employer and union sides. It released its report on Monday.

Q Why the need for these changes?

A Singapore's population is greying very fast. By the end of the next decade, 2030, the number of Singaporeans aged 65 and above will almost double to reach 900,000.

The Government wants to get people and companies prepared, both mentally and financially. 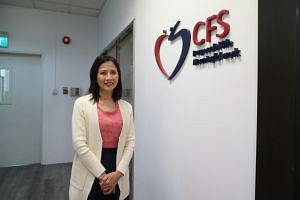 Over half of older workers want to continue full time: Survey

Businesses will eventually have no choice but to employ more older workers because of demographics. Having this push should encourage them to start looking at how to better allocate resources so their older workers can continue contributing meaningfully to them.

Q Why the higher CPF contributions, and will they cost businesses?

A Higher CPF contributions are meant to help workers save more for their retirement and CPF Life payouts as they can earn up to 6 per cent interest. The additional contributions will go into the Special Account, which accrues the highest possible interest.

For the first increase in CPF rates in 2021, employers and workers will each increase their contribution by either 0.5 percentage point or 1 percentage point for workers aged 55 to 70, based on the worker's age.

To help businesses cope, the Government will announce a support package next year.

A They can redesign more manual jobs so that technology does the tough part and older workers can do higher value-add work. There are also firms which have implemented wellness programmes like health screenings and nutrition advice to help their workers stay healthy.

Some progressive companies have already gone ahead to raise or remove their retirement age. Also, insurance firm Prudential recently announced it will contribute more to older workers' CPF accounts if the workers also contribute more. Workers can choose whether to prioritise having cash for immediate spending or building up more retirement savings in their CPF accounts.

A version of this article appeared in the print edition of The Straits Times on August 22, 2019, with the headline 'A look at the changes to help older workers'. Subscribe
Topics:
More
Whatsapp Linkedin FB Messenger Telegram Reddit WeChat Pinterest Print Purchase Article Copy permalink