The 25-year-old limousine driver uploaded a viral video of an elderly woman being slapped violently which went viral on Monday night (July 20).

At first, he felt that he should not be "kaypoh" (nosy) as it was a family matter, but he has witnessed similar incidents almost daily for the past six months.

"So many occasions I've seen... hitting the auntie with the broom, hitting her head on the wall. All that is too harsh to do to an old lady," he said. 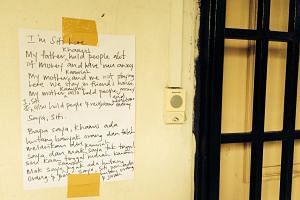 The latest incident was the last straw for him, said Mr Juani. "I could not bear seeing the auntie like that anymore."

He said he discussed the matter with his mother and younger brother and they decided that shooting a video would be best as it would capture evidence of the abuse.

He uploaded the video onto Facebook. It has been viewed more than 320,000 times, and shared more than 30,000 times. It also prompted an investigation from the police and the Ministry of Social and Family Development (MSF). 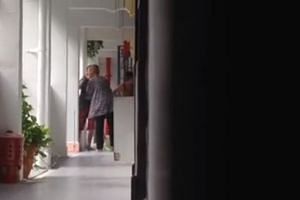 He added that he and his family would be moving out of the rental flat in two months' time. He said he would "regret not doing something" if anything happens to the woman.

Mr Juani made a police report on Tuesday after the police called him to make an official report. "I hope the auntie can live happily," he added.

The case has been classified as voluntarily causing hurt and police investigations are ongoing, said the police and MSF.