SINGAPORE - A 52-year-old man has woken up from a 10-day coma in what his wife called a "miracle".

Mr Sim Tharn Chun had been in critical condition at Khoo Teck Puat Hospital after eating a meal of yusheng-style or raw fish porridge.

He was suffering from meningitis caused by an infection from Group B Streptococcus (GBS) bacteria, evening daily Lianhe Wanbao reported.

Last Wednesday (Nov 25), he had opened his eyes slightly but he was still very weak. "In the afternoon, he suffered a seizure and the doctor had to put him on anti-seizure drugs and sedation, so now he is still in a highly unconscious state," his wife had told The Straits Times then. 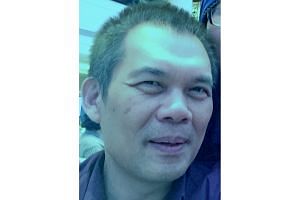 On Tuesday (Dec 1) however, Mr Sim was able to breathe and speak on his own.

Describing his recovery, his wife Cathryn Sim, 43, said: "The doctor thought that he had suffered brain damage and wouldn't be able to speak, but everyone was surprised when he started speaking fluent English."

Mr Sim not only managed to remember who his wife was, but also kissed her hand several times.

Mrs Sim added: "My husband's situation was bad, even the doctors didn't have much hope. Now he's awake and even moving and speaking, this is a miracle." 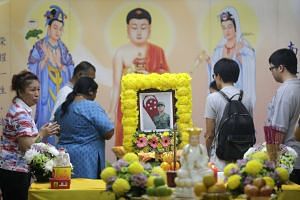 It is not the first time that Mr Sim has made a dramatic recovery. Eighteen years ago, he suffered a viral infection after eating medium-rare beef while on holiday in the United States. The infection caused him to fall unconscious and be hospitalised, only regaining consciousness after five days, on his birthday.

The salesman has been transferred to a general ward and will be discharged in eight or nine days, his wife said.