A man who attempted to dupe the tax authority of more than $745,000 in payouts under a government scheme has been jailed and fined. Tan Sin Long, 40, was jailed for 18 months and four weeks, and fined $688,800 yesterday.

However, he did not pay the fine, according to court documents, and will instead be serving an additional 53-week jail term.

On March 1 last year, Tan admitted in court to being the prime mover of a ruse to try to dupe the Inland Revenue Authority of Singapore (Iras) into disbursing $745,200 of public funds.

The scheme grants cash payouts and bonuses to businesses to spur productivity. To qualify for the cash payouts, firms must already have at least three local employees and incur business expenditures.

"He assisted two of these individuals in creating invoices for cash payments of $60,000 each for the development of an e-commerce software with automated functions."

However, there were no such payments, and the false invoices were intended to help the two people abuse the PIC scheme.

Tan also helped 11 others to make fraudulent claims, by providing or filling in their application forms with the details of friends, family members and unrelated individuals. Although they were listed as employees in the forms, they were not. 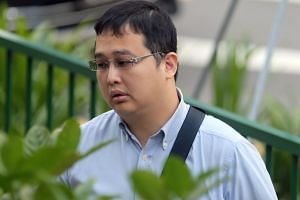 Iras said six of the 13 were convicted and sentenced in 2017 for giving false information to the Comptroller of Income Tax to obtain PIC cash payouts and bonuses they were not entitled to. Seven others received stern warnings.

He had claimed that his mother and sister were working for the consultation and investment firm he owned, which actually had no employees at the time.

Deputy Public Prosecutor Stephanie Chew told the court in March last year that after Tan was successful with that first claim for his firm, he actively approached and recruited individuals to make similar bogus claims.

He also registered another company YJP Holdings to make money through the same method.

The ruse came to light when Tan shared with an acquaintance, Mr Richard Chan Kum Weng, his ploy to obtain money from Iras.

He created a false invoice on March 31, 2014, as a supporting document to help Mr Chan, sole proprietor of Rong Metal Services, with his claim. That was when Iras managed to detect the fraudulent claim.

"Iras takes a serious view of any attempt by claimants, vendors or promoters who abuse the PIC scheme and defraud the Government. In particular, Iras will take stern action against promoters who facilitate offences committed against the scheme," the tax authority said.

Offenders are liable for penalties of up to four times the amount of PIC cash payout and bonus fraudulently obtained, and a fine of up to $50,000 or up to five years' jail.

"Businesses or individuals are encouraged to immediately report to Iras any past or current malpractices or potential abuses of the PIC scheme," it said.