SINGAPORE - A call to make preschools more affordable has topped a list of proposals made by the People's Action Party Women's Wing on Tuesday.

The group also recommended the Government do away with the age limit for in-vitro fertilisation (IVF) treatments and build more preschools, as well as step up the promotion of flexible work arrangements and do more to include special needs children in the mainstream school system.

"We often hear feedback on the costs of preschool education," said Senior Parliamentary Secretary for Home Affairs and National Development Sun Xueling, who is MP for Pasir Ris-Punggol GRC. "So top of our list today is making preschool options more affordable, as preschool is now a necessity for most parents."

In one survey of around 1,000 parents, respondents said proximity to home and cost of school fees were the two largest factors influencing their decision when choosing a preschool. Monthly school fees for larger anchor operators are capped at $720 for full-day child care, while small and mid-sized partner operators have fees capped at $800 for the same length of time.

The survey also found that households with a monthly income of $4,999 and below typically spend at least 10 per cent of their income on out-of-pocket expenses for each child in preschool fees.

The aim is to reduce this proportion to 5 per cent and encourage preschools to keep extra-curricular activities cost-effective, Ms Sun said. She cited comments from respondents on how the costs of extras such as excursions and year-end concerts can add up.

She also called on the Government to expand the number of government-supported preschools so that eight in 10 children will have a place within 10 minutes' walk of their homes. 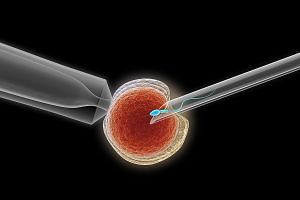 A separate survey of 700 people found that nearly half believe the age limit for IVF treatment should be increased to 50. Currently, women above 45 are not allowed to undergo this treatment.

Given advances in medical science, the Health Ministry (MOH) should do away with the age limit for IVF treatment, said Ms Cheng, who is MP for Tampines GRC. She added that women of all ages should also be subject to the same limits on the number of IVF cycles they can undergo.

Around two-thirds of respondents also believed that all women should be permitted to freeze their eggs, rather than allowing only women with medical grounds to do so, as is currently the case.

The group suggested that MOH should study this issue more deeply, given that there are "concerns from both social and moral standpoints".

On the topic of flexible work arrangements, Ms Chan added that the Manpower Ministry should work with employers, employees and unions to take a more "industry-based, job-specific approach".

She stressed that this goes beyond just a Government initiative, adding: "This needs to be a culture change within the workplace."

The group published their findings and recommendations in a position paper, which will be submitted to the various ministries.