SINGAPORE - The Republic once manufactured German cameras that were highly sought after by photography enthusiasts.

Rollei cameras were believed to be one of the best in the world and many Singaporeans particularly clamoured for one compact model - the Rollei 35.

Today, these compact cameras are still in demand, with multiple forum threads dedicated to how best to acquire and use the "classic" camera.

Here are some brief facts on the company and its Singapore venture.

In 1971, the Economic Development Board persuaded the German company Rollei to set up a production factory in Singapore for cameras,  flash guns, projectors, lenses and shutters, and to produce cameras for other German camera brands. Its first factory was in  Alexandra Road.

Two years later, the company and the Singapore Government established a training centre in Kampong Chai Chee for workers in precision optics, tool-making and precision machining.

The company invested $149 million here over a decade as part of its attempt to stay competitive against Japanese camera manufacturers. The cameras produced here were engraved with the words Made by Rollei Singapore. From the Singapore Government's perspective, it was a move away from low-wage industries to higher-technology and value-added ones in the 1970s.

In 1981, Rollei's parent company went bankrupt and 4,000 workers were retrenched. Among other reasons, its closure was a result of intense competition from Japanese camera makers, as well as poor coordination between its research and development base in Germany and its production base in Singapore. 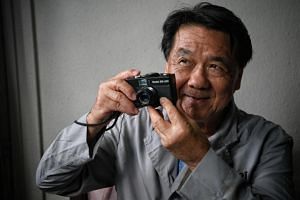 Have any stories on Singapore's industrial heritage to share?