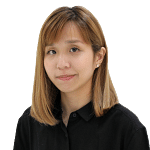 SINGAPORE – A long queue, comprising mostly seniors who want to get their hands on new notes ahead of Chinese New Year, formed at two pop-up ATMs at Ci Yuan Community Club in Hougang on Thursday.

The majority of people there opted for new notes instead of used notes that are fit-for-gifting, which local banks are issuing for the first time for the festive period this year in a bid to reduce carbon emissions generated from issuing new notes.

As at 10am, about 60 people were queueing for the new notes, while 14 people waited in line to get fit-for-gifting notes.

Housewife Florence Tang, who was first in line to get the new notes from the DBS/POSB pop-up ATMs at Ci Yuan, said she prefers the new notes due to tradition.

“It has always been a tradition for us to give new notes during Chinese New Year, because new notes signify a new start to the new year,” said the 60-year-old, who began queueing from 8.15am.

The pop-up ATMs started operating on Thursday and will be in use till Jan 20 between 10am and 10pm daily, as well as on Jan 21 from 10am to 1pm.

New and fit-for-gifting notes can be withdrawn without any prior booking at pop-up ATMs offered by DBS Bank and selected UOB ATMs.

DBS and UOB will also provide $2 and $10 notes in larger quantities, as well as $50 notes, for withdrawal from selected pop-up and branch ATMs.

Walk-in exchanges at DBS, OCBC and UOB branches are available for those aged 60 and above and people with disabilities.

Housewife Jenny Tan was among those who queued for new notes at the community club.

“It has always been a tradition to give new notes to people during Chinese New Year. It will be strange to give people old or used notes,” said the 57-year-old.

But Ms Yvonne Leong, 44, who is self-employed, decided to try the new option.

She said: “There is no harm trying fit-for-gifting notes, because they seem quite new. I feel these notes are acceptable to give during Chinese New Year.”

Likewise, sales merchandiser Winna Ho said she finds the notes acceptable for the festive season. “It doesn’t matter because the value of the money is the same regardless of whether they are new or used notes,” said the 48-year-old.

Fit-for-gifting notes are generally clean and of suitable quality for recirculation, including for festive gifting. The condition of these notes has been verified by banknote processing machines. The notes are similar in quality to those dispensed by ATMs.

Since Thursday, members of the public have been able to make appointments to exchange their cash for fit-for-gifting or new notes for Chinese New Year.

Those who wish to do so must pre-book through the online reservation systems of DBS, OCBC and UOB to minimise the likelihood of overcrowding at bank branches.

DBS’ first reservation window period opened on Thursday and will be open till Sunday, with collection from Jan 10 to Jan 13.

“Only seniors 60 and above can reserve notes in this current window. Customers who did not manage to get a reservation slot this time will be able to do so again on Jan 9,” she added.

UOB managing director of group channels and digitalisation Benny Chan said booking slots for new notes and fit-for-gifting notes exchange at the bank’s branches were fully booked by about 8.30am and 12.40pm, respectively, on Thursday.

OCBC Bank’s head of branch service and risk management, Ms Jean Oh, said the bank’s booking window for collection from Jan 10 to Jan 13 opened at 8am on Thursday, and all slots were taken by 5.30pm.

The Monetary Authority of Singapore had previously encouraged people to adopt more environmentally friendly options, as issuing new notes to meet the demand for festive gifting generates unnecessary carbon emissions and is a waste of resources.

Apart from fit-for-gifting notes, people are also urged to use digital red packets, or e-hongbao.

More On This Topic
Give digital red packets or fit-for-gifting notes this CNY to avoid harming the environment
Old habits die hard? Why still give out physical hongbao and new notes?