AGO had, six years ago, flagged formula used to calculate fees payable to banks for administering loans to students

The Ministry of Education's long delay in completing a review to make sure student loans are repaid promptly drew scrutiny from the Auditor-General's Office (AGO) in its annual report out yesterday.

This is part of over half a billion dollars in tuition fee and study loans given to students of institutes of higher learning that are outstanding, the AGO said in getting across the magnitude of the issue.

The public sector watchdog highlighted these sums in questioning the Ministry of Education (MOE) over its drawn-out review of a formula used to calculate fees payable to banks for administering the loans.

The AGO had, six years ago, flagged this formula, pointing out that it "discourages" banks from putting in their best efforts to recover outstanding loans. 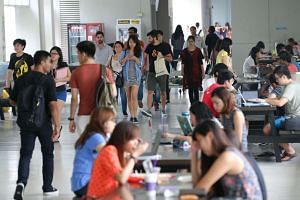 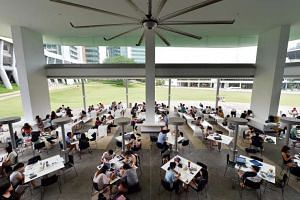 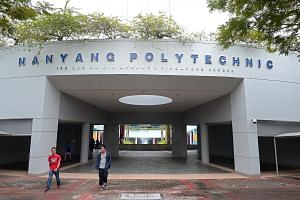 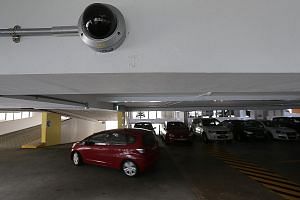 The MOE gives NUS and NTU the loan principal and absorbs any defaults. Universities outsource administration of the loans to two banks, which are paid fees.

But the AGO found the formula wanting, as the fees are a percentage of total outstanding loan balances.

As of June 30 last year, the outstanding balance of such loans totalled $511.49 million.

"Any recovery or write-off of loans would therefore reduce the outstanding balance and correspondingly the amount of agency fees payable to the banks," it said.

The MOE said then that it would review the formula, and gave targets for completing the review each time the AGO followed up since 2010.

But the AGO noted yesterday that these dates "had been postponed several times", and the review had not been completed as of March.

NUS and NTU also did not put in place adequate controls to ensure loans due were promptly recovered, relying on banks to monitor and recover them, said the AGO.

It checked 116 such loans, and found 27 cases where work to recover them was delayed by one to 31/2 years. It also checked on another 58 loans in default for at least two years and, in 33 cases, the banks could not produce documents showing recovery action "for prolonged periods" of up to 31/2 years.

Even when the banks did flag cases of long-overdue loans, MOE "was not prompt in following up".

The AGO's test-check of 32 loans that the banks said were pending MOE action found that MOE had waited for between two and 61/2 years to follow up on 23 of them.

MOE did not act in the remaining nine cases.

MOE said the majority of tertiary students who take loans are Singaporeans, and the tuition fee and study loan schemes "ensure they do not miss out on tertiary education because of financial constraints".

It is working closely with universities and banks on prompt follow-up of loans in arrears.

It also said the review of agency fees, part of a larger review of service-level agreements with the banks, has taken longer than desirable, and is "expediting the review".

MOE told The Straits Times the default rate for these loans has "remained low", at about 1.4 per cent of the total outstanding loan amounts. In 2014, about 30 per cent of undergraduates and 4 per cent of diploma students from publicly funded institutions tapped government study loans, it said.

MOE added that banks have an established process to follow up with borrowers who are late in repayments. If a borrower consistently misses his repayment, legal action may be taken by the banks, and the borrower and guarantor "are liable to pay all legal costs and expenses on an indemnity basis".

Both NUS and NTU said they are working together with MOE and the banks to review and tighten the existing loans recovery process.

OCBC Bank and DBS Bank, which administer the loans, said they will work closely to help former students in financial difficulties reach a suitable financial arrangement.

OCBC Bank added that the challenges of each recovery case are unique. "Where necessary, we will work with the institutions to facilitate the recovery," it said.