It would be hard to find a bunch of Singaporeans more loyal to their neighbourhood than those who live in the east.

"We have everything: good hawker food, good schools and we are near to the airport," said marketing and sales executive Angela Oh, 26.

Like many other east-siders, Ms Oh, who has lived in Bedok all her life, says she cannot imagine living anywhere else.

"Unlike the west where there are a lot of industrial estates, the east is really a place where you can live, play and be at ease," she said.

According to boundaries drawn by the Urban Redevelopment Authority, the east stretches from Changi all the way to Bedok. Surprisingly, it leaves out areas such as the Peranakan enclave of Katong, Geylang and Pulau Ubin.

People go there and walk or ride bicycles. I like these peaceful places. There are not many left in Singapore.

The first two are part of the central region, while Pulau Ubin is part of the north-east.

However, "Easties" are adamant that these areas are part of their district too. "In the Joo Chiat area, the Peranakan food is the main attraction of the east. People always talk about Katong when they think about the east," said Mr Gabriel Tan, 31, who has lived in Marine Parade all his life.

Other favourite haunts include East Coast Park and Changi Airport where generations have stood spellbound looking at planes taking off and landing.

At least six people submitted pictures of Changi Airport for The Straits Times National Day contest, which invites readers to post pictures of their favourite spot in Singapore on Instagram.

More than 600 entries for #myspotinthedot have been submitted since the contest began on June 22. Another favourite with readers is Changi Beach Park, nestled beside the ferry terminal at Changi Village, with its bumboats.

The sleepy idyll began as a cluster of holiday bungalows and chalets in the 1800s.

"People go there and walk or ride bicycles," said Tampines resident Ong Ah Chian, 61. "I like these peaceful places. There are not many left in Singapore." 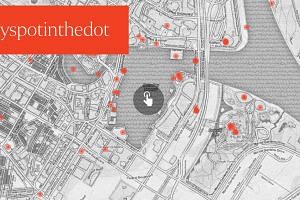 "Tampines is quite new but you have older estates like Bedok, and Pulau Ubin has been there forever," said the 29-year-old finance executive, whose favourite haunt is the supper hangout of Simpang Bedok, with its roti prata joints that open till the wee hours.

But with new hipster cafes and flashy condominiums sprouting up in heritage areas like Katong, there are some who feel the character of the east is changing too fast.

"I remember when there were still dead pigs, cows and chickens floating down the Geylang River," said retiree Lam Ah Piao, 88, who lives in Dakota Crescent. "This area is so beautiful now, but it's still changing. But I don't think I'll live much longer to see it change more."

A version of this article appeared in the print edition of The Straits Times on July 20, 2015, with the headline ''Living in the east, you'll be at ease''. Subscribe
Topics:
More
Whatsapp Linkedin FB Messenger Telegram Reddit WeChat Pinterest Print Purchase Article Copy permalink