This year, Singapore may not experience haze as severe as last year's.

This is because the El Nino weather phenomenon, which last year caused forest and peatland fires in Indonesia to burn harder and for longer, is expected to subside by the time the traditional dry season rolls in about next month.

Five ministers from countries in the region, who yesterday attended a haze meeting in Singapore, also noted that La Nina - a weather phenomenon associated with more rain in this region - is also expected to kick in by the third quarter of this year.

While this could bring more rain to the fire-prone landscape in Indonesia during the dry season, meeting chair Masagos Zulkifli - Singapore's Minister for the Environment and Water Resources - told reporters at a press conference that there could still be dry spells in between bouts of rain.

"Whether the fires re-start within this dry spell, and will be put out quickly by the timely coming of rain, is something only God knows. 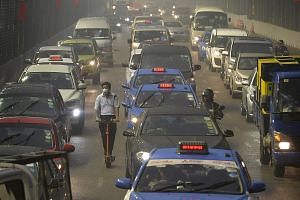 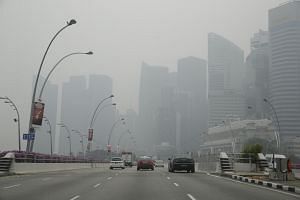 "But with more rain coming during that period, hopefully, the fires will abate," he said.

International climate expert Peter Hoeppe, who heads the Geo Risk Research division at German reinsurance firm Munich Re, told The Straits Times that after a strong El Nino like the one experienced last year, there is a high probability that La Nina would kick in immediately. In comparison, for El Nino years that are less strong, there would be a neutral phase for about a year or two before La Nina conditions set in, Dr Hoeppe noted.

The assumption of a La Nina following right after a strong El Nino is based on statistical analyses of events in the past 45 years.

Dr Hoeppe added: "This could mean relief for Singapore; I expect that the air quality would be better this year than last year as it is likely that there will be more rain in Indonesia, and less fires."

After the last major El Nino event in 1997, there was a strong La Nina event that followed in July 1998, pointed out Assistant Professor Winston Chow of the National University of Singapore's geography department.

He said: "The irony was that fires weren't the concern as the larger-than-average rainfall across Indonesia resulted in floods across the country.

"Likewise, my concern is that areas throughout the region that are currently experiencing drought due to El Nino will be subject to potential flood risk if La Nina occurs."