SINGAPORE - When Singapore's first Olympic gold medallist Joseph Schooling touches down in Singapore on Monday (Aug 15) morning, one of the things on his mind will be his favourite food - chye tow kueh.

"I thought chef cooked for you that day?" Mum May Schooling asked. 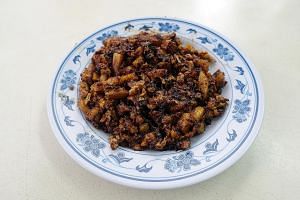 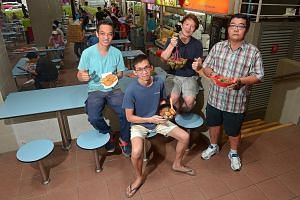 Schooling had listed the fried carrot cake dish, a quintessential Singapore breakfast, as one of his favourite meals in a Straits Times interview before the Games.

And "the darker the better" is the way he likes it. 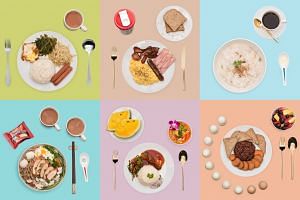 The Singaporean swimmer, who grew up near Bedok Reservoir, also loves Milo dinosaur and Samy's curry, he said.

One of the cheapest meals you can buy here, chye tow kueh is a simple dish, and yet deeply satisfying if you can find one with the right fragrance and texture.

This stall, which has been around for decades, has one of the best "black" fried carrot cake, he says.

"The recipe has never changed, not even the brand of the soya sauce used. Love the wok hei (fragrance from the wok)," he adds.

The kueh is made in-house and the egg is never overcooked, she says in her Aug 7 review of the stall.

"When I ask for more dark soya sauce, it caramelises on the hot pan and that is the best part," she writes.

There's also Chey Sua Carrot Cake in Toa Payoh Lorong 1, which made it to the Michelin Bib Gourmand list.

But this stall serves only the white version of the dish. While delicious in its own right, Schooling would not be a fan.

Where to find them: