SINGAPORE - The detention of the eight Bangladeshi workers show that ISIS and its terrorist ideology continue to pose a serious threat, The Islamic Religious Council of Singapore (Muis), said in a statement on Tuesday (May 3).

"Our experience with Bangladeshi workers has been positive," it said, adding that many volunteer their time and effort at Singapore's mosques together with other local volunteers.

Mosques will continue to welcome Muslims of all backgrounds and nationalities to programmes and classes conducted by recognised religious teachers, Muis said.

"Official Eid sermons prepared by Muis are translated into languages such as English, Tamil and Bengali, to help congregants appreciate a progressive and contextual understanding of Islam in Singapore," the statement said. 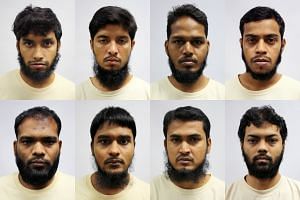 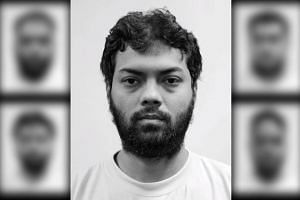 Employment agents required to give more info on workers from Bangladesh

Muis is partnering with the Singapore Bangladesh Society to explore further initiatives to support Bangladeshi workers in their socio-religious life and to integrate them into the local community.

It reiterated its call for the Singapore Muslim community to remain vigilant and not let any teachings that promote violence and extremism take root in the society.

On Tuesday, the Ministry of Home Affairs announced that eight Bangladeshi men working in Singapore who were planning to stage terror attacks back home have been detained under the Internal Security Act (ISA).

The men, aged between 26 and 34, called their group the Islamic State in Bangladesh (ISB) and intended to join terror group ISIS as foreign fighters in Syria and Iraq.

But as it was difficult to travel to the Middle East, they focused on returning to Bangladesh to topple their government through violent means, set up an Islamic State there, and bring it under the self-declared caliphate of the Islamic State in Iraq and Syria (ISIS).

They were detained last month (April 2016), in the first ISA detentions involving a terror cell of foreign workers.