On International Women's Day, we take a look at female role models from SUTD who challenge the status quo, paving the way for others in technology and design

She is barely 40, the mother of two girls and has blazed a trail in a field traditionally dominated by men. Meet electrical engineer Dawn Tan whose groundbreaking work on using light to increase Internet speeds has won her many awards and put Singapore on the global map of innovation.

In 2017, she was awarded the L’Oréal Singapore For Women in Science National Fellowship, and also named an Innovator under 35 by MIT (Massachusetts Institute of Technology) Technology Review, among other accolades in a string of stellar achievements.

Associate Professor Tan exemplifies this year's International Women's Day theme “Choose to Challenge” and is a role model as Singapore celebrates the achievements of its women in various fields. Despite the rising enrolment of women in higher education in recent decades, women remain under-represented in the academic and professional fields of engineering and architecture.

Growing up, Prof Tan has always been interested in science and engineering. In 2001, she left for Canada to study electrical engineering at the University of British Columbia, where she was one of a mere handful of female engineering students in her class. During her PhD studies at the University of California San Diego in Electrical Engineering (Photonics), the gender disparity was even more glaring: She was the only woman in the class.

“It didn’t occur to me that there were very few girls in engineering, especially in the electrical field. So it became a challenge to see if I could beat the guys,” she tells The Peak magazine in an interview.

Now as Associate Professor of the Engineering Product Development (EPD) programme at Singapore University of Technology and Design (SUTD), Prof Tan wants her students to unlearn gender norms, and to encourage them to pursue their dreams in engineering and related fields.

“When you pass on new knowledge, it could ignite curiosity in the younger generation to discover new things and succeed at their technical endeavours. Most of all, I hope it inspires female students to be confident, persevere and have outstanding careers in engineering.”

For her field of research, she specialises in photonics, or the science of using light for practical purposes such as data transmission via photons, or “packets of light”, working on technologies to transmit light and data faster. There is massive potential for photons to be used by, say, energy-efficient computers doing mathematics and heavy computing tasks, or in biomedicine to analyse and treat tissue.

With computers devouring as much as 10 per cent of global electricity, according to some estimates – a figure set to expand as data volumes grow, and computer-controlled devices become the norm – photonics can play a key role in global sustainability efforts.

Through creative design, the applications of photonics are wide-ranging, says Prof Tan, who leads the Photonics Devices and Systems Group at SUTD. Challenging gender norms in academia, Prof Tan is one of the female faculty members contributing to 21 per cent of SUTD’s faculty, a figure that continues to increase.

Benefits of a gender-balanced education

To encourage higher participation of females in design and technology, SUTD is committed to a holistic approach to attracting female students, faculty and staff. Since its first intake, SUTD has attracted a 40 per cent female student cohort yearly, a figure double the national average for architecture and engineering schools.

This achievement is significant given that female students and employees remain under-represented in STEM-related fields in 2020, notes the World Economic Forum, which highlights that on average, data shows that around 30 per cent of the world’s researchers are women, while less than a third of female students choose to study higher education courses in subjects like math and engineering.

Making sure that women are better represented in its student population and across faculties underpins SUTD’s unique design-centric, interdisciplinary education. After all, what anchors the design thinking philosophy is the diverse viewpoints each individual brings to the problem-solving and innovation process.

DP Architects, one of the largest architectural practices in Singapore and the world, observes that SUTD graduates bring unique skill sets to the table. “The budding architects from SUTD who joined DP demonstrate an appreciation for a cross-disciplinary approach and broad understanding of the integrated design process, grounded by a strong eco sensibility,” says Ms Angelene Chan, Chairman of DP Architects.

She adds that intelligent young women of SUTD with high-level digital literacy are making their mark in the architecture profession.

“Even though women are still outnumbered by men in our field, there is nothing to stop you from making serious contributions and having a fulfilling career,” says Ms Chan, Singapore's first woman architect Designer of the Year.

SUTD believes that having a gender-balanced environment enriches the university culture. Students and alumni alike point to its vibrant culture of openness and experimentation, not to mention the vivacious can-do attitude among SUTDians.

“I chose SUTD mainly because of its interdisciplinary curriculum and unique teaching pedagogy. I knew that I wanted something beyond the traditional teaching styles that have accompanied me for my educational journey thus far... Although the student community here is small, it is incredibly homely and vibrant, where students always look out for one another and are unafraid to voice out their opinions and suggestions for improvements around the school,” says Ms Han.

“There are so many options to explore, and many more opportunities to pursue what you are inclined towards. One day, I can be picking up new programming languages and the next, I am probably 3D printing something I’ve modelled for my own leisure!” adds Ms Zamree.

At SUTD, all students study the same subjects during their first three terms to build a strong foundation not only in Science, Mathematics and Technology, but also in Humanities, Arts and Social Sciences (HASS) and design. After the first three terms, students will pick their specialisation from five degree programmes.

SUTD invites women and students to be part of its design thinking culture, and to make a difference in what they do, via its degree programmes:

Bachelor of Science (Architecture and Sustainable Design) nurtures architects and urban designers to build not only structures, but also better communities and a better tomorrow through the power of design and technology.

Bachelor of Science (Design and Artificial Intelligence) nurtures designers and innovators to harness the power of AI to tackle both present and future challenges, improving design using AI across products, systems, services and the built environment.

Bachelor of Engineering (Engineering Product Development) nurtures design engineers to leverage their skills and knowledge to design products, services and systems to solve any problem.

Bachelor of Engineering (Engineering Systems and Design) nurtures analysts and system engineers to tackle open-ended challenges for organisations with a focus on design, analysis and optimisation.

Bachelor of Engineering (Information Systems Technology and Design) nurtures the drivers of the future’s digital development with abilities in computing and system knowledge in both software and hardware, enabling them to design machines of the future with augmented intelligence.

At SUTD, female students are given ample opportunities to take the lead and make their mark in technology. SUTD alumnae like Ms Kimberlyn Nicole Tjipto and Ms Olivia Seow (Engineering Product Development, 2015) are showing the way with their out-of-the-box ideas and practical innovations.

Ms Tjipto (Engineering Product Development, 2017) and two group mates developed a budget-friendly and portable attachment that motorises manual wheelchairs. They won the grand prize of $50,000 at Create4Good in 2017, a competition for start-ups that create social good.

When asked about how the idea came about, Ms Tjipto says: “One of our group mates was volunteering at the Handicaps Welfare Association and noticed that not everyone there had motorised wheelchairs. Some of these beneficiaries felt that while useful, motorised wheelchairs were prohibitively expensive and not many of them were portable.”

The same empathetic motivation – so that commuters no longer need to rummage in their bags for tickets or passes – led to the birth of Singapore start-up Ring Theory.

While on an exchange programme at the Massachusetts Institute of Technology (MIT), Ms Seow (Engineering Product Development, 2015) and her team developed a ring that can be used like an EZ-link card. The idea was implemented in the US by the Massachusetts Bay Transportation Authority (MBTA) and has since seen commercial success.

When asked about gender stereotypes as a female in an engineering programme, the valedictorian of the pioneer 2015 cohort says she never encountered any at SUTD. “When I speak with people and they find out that I’m an engineer, they are normally enthusiastic and interested in what I do. I guess that some people still think of engineers as people in a yellow hard hat carrying a blueprint, so maybe it’s more of a profession thing than gender.”

To nurture more female trailblazers in the fields of technology, architecture and engineering, SUTD has not one, but three women-only scholarships: Citrix — SUTD Women in Technology Scholarship; Kewalram Chanrai Group — SUTD Scholarship for Women; and PayPal — SUTD Women Luminaries Programme.

On top of the women-only scholarships, there are design workshops, outreach programmes and conferences specially curated for women.

On International Women's Day, Prof Tan urges more young women to join a growing field of women using new frontier technologies to find solutions for a better world. “The sky's the limit when it comes to exploring science and the pursuit of new knowledge. Not only on this special day, but every single day, I encourage all women to reach for the stars.”

Various SUTD programmes that support women in their pursuit of excellence in the field of science and technology:

Be inspired to challenge yourself and the status quo. Check out SUTD’s virtual Open House. Applications close on March 19, 2021.

Click here to find out how SUTD nurtures the next generation of design innovators. 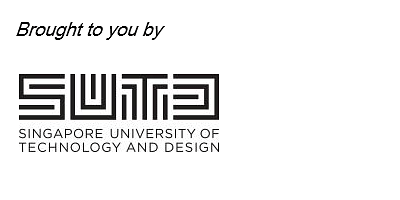 To rebuild post-Covid, the world needs a new generation of design innovators