This week in 1965: A look back at the events that shaped Singapore 50 years ago 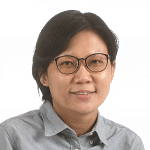 Finance Minister Lim Kim San unveiled Singapore's first Budget as an independent nation on Dec 13, 1965, as he expressed a willingness to cooperate with Malaysia in trade and industry.

"Singapore's separation and the fact that there is no common market with Malaysia does not mean that all economic, cultural and other ties between the two countries should also be severed," he said.

Singapore would never initiate any policy which would lead to further rifts with Malaysia, he added.

While there was no more common market, the separation meant Singapore retained all its revenues.

Hailed by The Straits Times as "bullish", the Budget anticipated a small surplus of just under half a million dollars, after estimated expenditure of $506.56 million and a transfer of $30 million to a development fund was deducted from a projected revenue of $537 million.

The Straits Times reported that the surprise of the Budget was that there were no surprises.

Major tax measures reverted to the way they were pre-Malaysia. As a result, income-tax collection was expected to fall by $3.8 million to $95.5 million. But overall revenue would increase as Singapore no longer had to share the proceeds of its taxes with any other government, Mr Lim said.

In expenditure, education would take up $129.2 million, or 20 per cent of the total. Hospital services would need $43.6 million, while the Public Health Division would require $28.8 million.

New major spending items included that for defence and internal security. The Government budgeted $40.3 million for the police and another $30 million for the armed forces. The newly set-up Foreign Ministry was provided with $4.2 million.

Despite the challenges of a growing population, Mr Lim revealed Singapore was in a strong place financially, with its official foreign reserves 15 times its external debt.

Mr Lim said talks were ongoing with Malaysia on currency arrangements, adding that the soundness of the currency was a prerequisite for financial stability and public confidence.

"So far as Singapore is concerned, we will ensure that whatever the arrangements which may be arrived at, our currency will continue to be backed by 100 per cent or more in external assets."

Mr Soon Peng Yam, president of the Chinese Chamber of Commerce, said it is "wonderful" that Mr Lim budgeted a surplus, albeit a small one, without imposing extra financial burdens on the people.

A version of this article appeared in the print edition of The Sunday Times on December 13, 2015, with the headline Independent nation's first Budget unveiled. Subscribe