SINGAPORE - Speaking at his first May Day rally as incoming leader of the National Trades Union Congress (NTUC), Mr Ng Chee Meng has promised to walk the ground and listen to workers.

"I have things that I'll like to achieve for our working people. Together with our tripartite partners and labour movement leaders, I'll like to walk the ground with you... hear your views and chart a clear direction forward," Mr Ng said at a rally at Downtown East on Tuesday (May 1).

He added that he would like to conduct more dialogues with workers to better address their needs and challenges, and to help them get a clearer understanding of the 23 Industry Transformation Maps (ITMs), which map out growth plans for 23 specific sectors.

Singapore has come far in terms of economic progress and securing better job prospects for its people, he noted. But in an age of technological disruption, workers must not be complacent and must be poised to seize new opportunities in the future economy and regional markets, he said.

This is the first May Day rally for Mr Ng, in his capacity as an NTUC leader. He begins serving full-time in the NTUC from this month.

He is widely expected to eventually take on the top role of secretary-general, replacing Minister for Trade and Industry and NTUC secretary-general Chan Chun Sing, who was asked by PM Lee Hsien Loong to return to the Government. 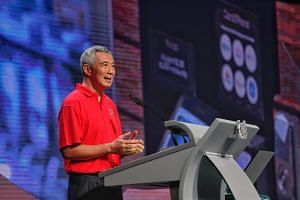 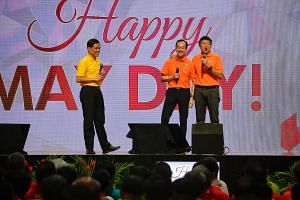 Last week, Mr Ng and Senior Minister of State for Trade and Industry Koh Poh Koon were unveiled as deputy secretaries-general of the NTUC.

One key component of Singapore's restructuring efforts is the 23 ITMs, said Dr Koh, who has been overseeing the ITMs at the Ministry of Trade and Industry.

"For the last two and a half years, I eat, sleep and dream about ITMs...I think my dreams will get more exciting and colourful, I have 23 different dreams to dream about now."

There are three things that need to be done to ensure that the ITMs can be implemented smoothly, added Dr Koh, who also spoke at Tuesday's rally.

They are, namely: communicating not just why the ITMs have to be rolled out, but how they can be implemented; bringing more people into the labour movement; and predicting the needs of the future so that courses and content can be designed to meet their needs.