When Alubond was first singled out in August, the Singapore Civil Defence Force (SCDF) said there was no reason to suspect other cladding brands or models at the time.

A fire had spread across the external Alubond-branded cladding of an office building on Toh Guan Road in Jurong, killing one.

But with three strikes against three brands now, affecting more than 50 buildings so far, this is no longer an isolated incident involving one brand and a few buildings.

Yet there is no cause for great alarm as the Toh Guan fire is the only one out of 19,013 fires from January 2012 to June 2017 to involve external walls. Investigations into this case are still ongoing.

However, there is cause for a review. After all, how can sub-standard building materials that could put occupants at risk somehow slip through Singapore's tough and stringent building controls?

The problem stems from how testing and certification of aluminium composite panels (ACP) are done. Because ACP products are flammable to various degrees, many countries, including Singapore, abide by the most stringent fire safety standard for combustible cladding - the British Class "0" standard or equivalent. While they can burn, fire cannot spread across the surface of a Class "0" rated material. 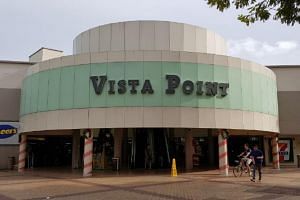 Two more brands of cladding found to be a fire risk: SCDF

Manufacturers first test their products in overseas labs, which are then certified to be used here by accredited certification bodies.

But certification is, fundamentally-speaking, a flawed process. Only a small sample is tested, and the actual panels being delivered to the construction site depends on the quality control of the manufacture and the vigilance of the people installing them.

Alubond, Bolliya and Bolli-Core FR all possess the proper certificates for use as external cladding. Pull them off the building and subject them to further fire tests and the panels may still fail.

In England, the Grenfell Tower tragedy in June shocked the nation despite a Class "0" requirement there too. It took a fire like Grenfell and the subsequent public anger to spark a comprehensive investigation into the use of ACP cladding there. More than 250 high-rise buildings were later found to have failed fire safety tests.

It is impossible to check each ACP for its fire performance as the testing procedure destroys each panel. Because sampling is necessary, this makes it more critical to have effective testing, certification and regulation of building materials.

But adding to the complicated nature of testing here is a stricter requirement unique to Singapore. The fire test has to be conducted directly on the flammable core material, which means having to peel away the fire-proof aluminium skins. Some have said this is a form of ad-hoc, non-standard testing, which is hard to regulate since labs have no consensus on how to do so.

As SCDF stresses a zero-tolerance approach to this requirement, manufacturers must insist that labs carry it out while builders must abide by the Singapore requirement.

It also falls upon certification bodies to verify whether this test has been done before a Certificate of Compliance (CoC) indicating the fire rating can be given. The CoC is also not a magic pass - certification bodies still have to conduct periodic audits on the panels to ensure they continue to conform to those standards.

On its end, SCDF has said it has embarked on a review, due next year, to tighten the regulations and certification process of ACP cladding. Around 20 per cent of building projects here use such panels today, according to building plans submitted since 1985.

Whether the review results in rule changes, sterner penalties or an outright ban on ACP, all stakeholders must know that there should be no compromises for safety.