May-June sales of HDB homes 30 years and older up 18.3% over same year-ago period

The demand for ageing Housing Board flats is on the rise, two months after Central Provident Fund (CPF) rules were eased in May to expand the pool of people who can buy them.

This works out to a sharp increase of 18.3 per cent over the 4.6 per cent hike for such older flats when comparing the combined sales of March and April last year against this year, before CPF rules were relaxed.

But the fact that resale transactions have also increased - by 5.6 per cent year on year - shows that "apart from a seasonal effect, the recent CPF changes probably were a major catalyst that spurred buying demand last quarter".

Since May, buyers can use more of their CPF savings as well as get bigger HDB loans for ageing flats, as long as the property's remaining lease covers the youngest buyer until the age of 95.

The new rules will not permit the use of CPF funds or HDB loans to buy flats with 20 years or less left on the lease. Previously, no CPF funds could be used to buy a flat below 30 years old while there are CPF restrictions for the purchase of flats aged 30 to below 60. Similar restrictions applied to HDB loans.

When the new rules were announced, analysts predicted a bigger pool could use CPF funds to buy older flats, especially older buyers. But they also said it may deter younger buyers from purchasing flats with leases they may outlive.

The issue of the declining leases of flats was ignited when National Development Minister Lawrence Wong cautioned buyers in March 2017 against assuming that every old HDB flat would go en bloc.

Analysts reckon his words led to greater hesitancy among buyers for such homes. 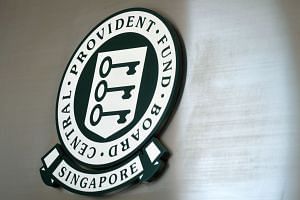 Last August, the Government announced the Voluntary Early Redevelopment Scheme, which gives flat owners aged 70 years and older a chance to sell their homes to the Government. This will not kick in for several decades, however.

But the uptick in sales after the rule change indicates that buyer confidence in older flats has improved.The change also appears to have benefited owners of bigger and older flats, said OrangeTee & Tie.

Resale volume of four-room flats that are older than 40 years rose 53.5 per cent for May and June compared with the same period last year. With five-room flats, the jump was 54.5 per cent.

On the other hand, sales of similar-sized but newer flats - those between 10 and 30 years old - dipped by 4.4 per cent for four-room flats and 15 per cent for five-room flats.

But sales of flats under 10 years old soared during the same period - a surge Ms Sun attributed to a swell in the supply of flats reaching their five-year minimum occupation period, after which they can be sold.

Mature estates such as Bukit Batok, Geylang and Bedok saw the highest year-on-year rise in the resale of older flats, said the firm.