SINGAPORE - Housing Board resale prices rose for a fourth consecutive quarter, climbing 2.8 per cent in the first three months of this year over the previous quarter, according to HDB flash estimates released on Thursday (April 1).

Year on year, resale prices were up by 8 per cent.

At the current pace of price growth, a new peak may be formed by the second half of this year, she said.

Prior to their recovery from the second half of 2019, HDB resale prices had notched six straight years of decline from 2013 to 2018.

PropNex head of research and content Wong Siew Ying said that as prices in the overall market recover, some HDB flat owners may see an opportune time to sell their flats and trade up to a private home.

In addition, a sizeable number of HDB flats - more than 25,000 - will reach their five-year minimum occupation period this year, allowing them to be resold, she said.

"The potential injection of more resale flats into the market will help to stimulate demand, while transactions of newer flats – which tend to command a higher price - will prop up values," said Ms Wong.

For the whole of 2021, PropNex forecasts that HDB resale prices could rise by 4 per cent to 5 per cent, barring any unforeseen events. 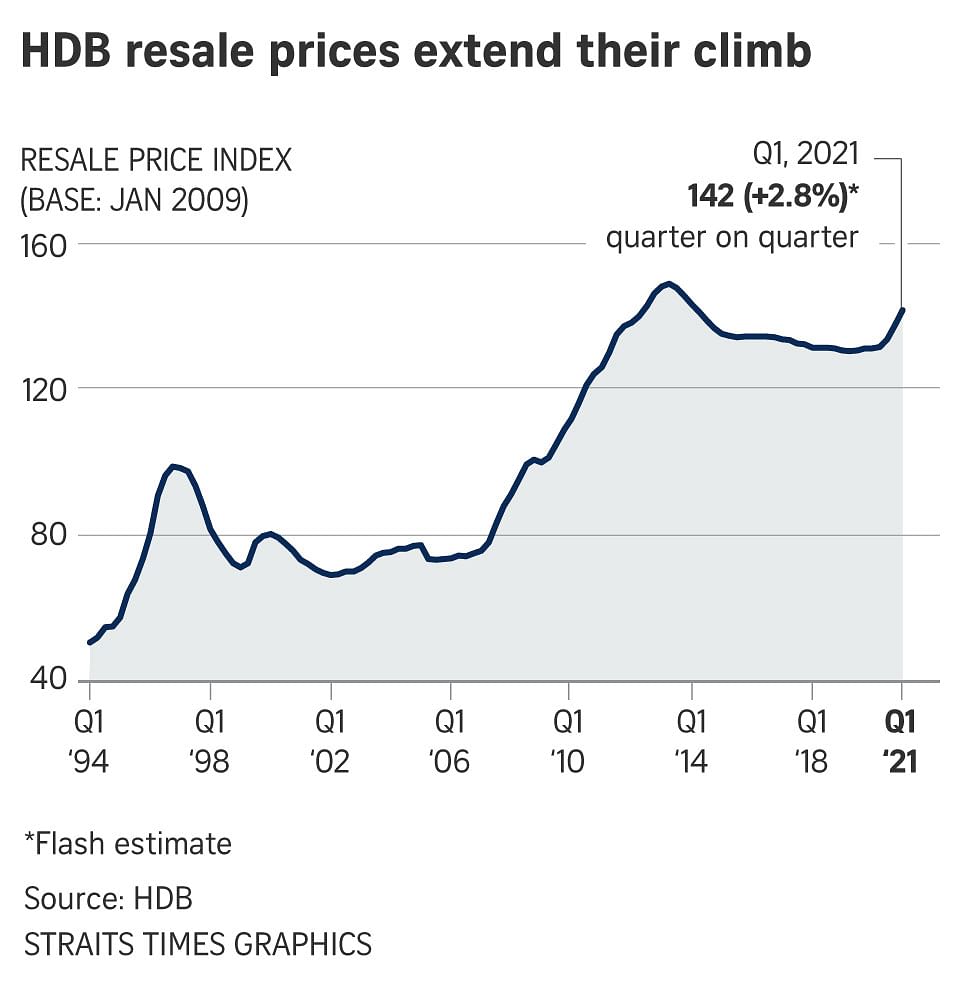 Singapore's million-dollar HDB flats: Where are the 6 most expensive units ever sold located?

Of these, 3,800 will be offered for sale in May. These will be located in Bukit Merah, Geylang, Tengah and Woodlands.

In August, another 4,900 flats in Hougang, Jurong East, Kallang Whampoa, Queenstown and Tampines will be put up for sale.

"Given the economic uncertainty due to Covid-19, HDB is monitoring the housing market closely and will calibrate the supply if required," it said.

More information on the BTO flats is available on the HDB InfoWEB.

HDB added that there are flats available for open booking. Eligible flat buyers can apply on the HDB InfoWEB and book a unit. Booking will be done on a first come, first served basis.