Up till last week, the Shunfu Ville estate seemed like an Instagrammer's paradise, thanks to artful shots of the passage of time.

Stacks of old furniture lined the pavements. Piles of rubbish were strewn across the void decks. A resident cat snoozed on a pile of aged mattresses as a dead bird lay at the foot of a nearby block.

If it looked like the entire estate of six blocks was moving out, it was.

Residents of 358 units have until the 18th of this month to move out before demolition begins next month.

The Bishan estate was acquired en bloc by Qingjian Realty for $638 million, with each owner to get a payout averaging around $1.78 million.

Built in 1985, the privatised HUDC estate will be replaced by a mix of high-rise and landed homes.

The sale made headlines in May 2016 when more than 82 per cent of the owners agreed to sell the estate, in one of the largest collective sale deals since Farrer Court in 2007.

The deal encountered a stumbling block when some owners objected to the sale. They filed an appeal, which was dismissed by the High Court last May.

Last week, a few residents were still clearing out their flats and carting their belongings away in moving vans as they rushed to meet the deadline to move.

Long-time resident and freelance photographer Law Kian Yan, 41, was one of them. Having lived there since she was nine, Ms Law has countless memories and many neighbours who have become friends.

Although some home owners have moved out, the camaraderie on the sixth floor of Block 317 remains strong. The original 16 families who lived there were featured in The New Paper 30 years ago for their common corridor garden, which everybody chipped in to maintain - an idea that was thought up during a Christmas get-together. 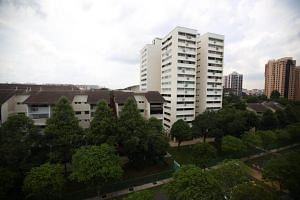 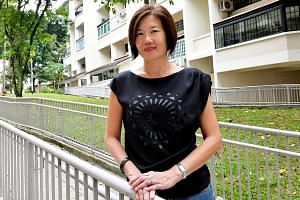 Instant millionaire from collective sale, but money's for new home and retirement

Ms Law has many memories of neighbourly kindness, such as the time "Uncle Jeffrey" climbed from his maisonette window into her flat because her family had forgotten their keys, or how another resident travelling overseas was given a daily report card by neighbours keeping watch on her elderly father who was left alone at home.

Ms Law's father even helped give their neighbour's three children their Chinese names.

Out of nostalgia and for old times' sake, she organised a "corridor farewell party" yesterday.

Many were receptive to the idea of a party even though most families there had already moved out. Ten families came back for a final hurrah on the sixth-floor corridor.

Parties on the sixth floor were common back when Shunfu Ville was built in the 1980s.

Residents also went out for breakfast and even road trips to Malaysia together.

As Ms Law said at the end of the farewell party: "Money can buy a house, but it can't buy you good neighbours."