As the Housing Board celebrates its 60th anniversary, The Straits Times takes a look at the development of HDB designs through the years 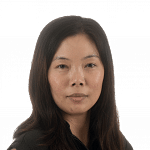 Today, more than one million flats have been completed in 24 towns and three estates across the island, and HDB flats are home to over 80 per cent of the Republic's resident population.

Established on Feb 1, 1960, during the nation's housing crisis, HDB was tasked with providing sanitary living conditions to replace the then prevalent unhygienic slums and crowded squatter settlements.

From providing basic homes to developing towns with character and identity, and introducing new housing typologies as projects were built taller and more innovatively, much has changed over the past 60 years in terms of the design and functionality of public housing.

In the early years of independence in the 1960s, HDB's focus was to address the severe housing shortage due to the rapid population growth and poor housing conditions.

The flats built then were mainly simple, long slab blocks, consisting of basic smaller flats along a common corridor. This made construction faster and easier, and kept the cost low. Lifts stopped only at intermediate floors.

HDB had to design the flats from scratch, taking into account factors such as how best to fit them along the corridors, what to include in the units, and even where residents might hang their clothes out to dry.

By the 1970s, HDB shifted from its "rush-to-build" mode to focusing on providing people with more than just a roof over their heads.

HDB began to build based on the New Town Structural Model, where the town centre was located at the geographical centre of a town, with neighbourhoods ringed around it.

In terms of design, HDB began to try out variations in shapes, heights and features. Blocks were designed to make the most of topographical features like slopes and bends in the lay of the land.

As the flats took on a different look, so, too, did the block shapes.

In addition to the traditional rectangular slab blocks, newer blocks took differing forms and shapes such as L, U, Y and square or point blocks. With their distinctive designs, many have since become iconic landmarks of the towns.

With increasing affluence, demand for larger flats rose and, in the 1970s and 1980s, four-room and five-room flats were built.

In the 1980s and 1990s, there was an added emphasis on strengthening town identity. The precinct concept was introduced to foster a greater sense of identity and belonging among residents.

The size, layout and design of the precinct provided residents with common facilities like children's playgrounds and open spaces and courts for various sports, to encourage interaction among neighbours.

Distinctive features and new building designs were introduced at the town and precinct level, including in the street architecture, to break the monotony of the skyline and inject a greater sense of character into the town.

The juxtaposition of low-and high-rise developments formed a "checker board" that provided visual relief for residents. This planning principle was applied to all HDB towns, including newer ones.

The 2000s saw HDB reach for the skies - literally, by going higher and in creativity. This saw the launch of HDB's first 50-storey and also its tallest public housing project, The Pinnacle @ Duxton, which features the world's two longest sky gardens, each stretching to 500m.

New housing projects also came with multi-storey carparks that have rooftop gardens, enabling residents to enjoy greenery and facilities, away from traffic, while the estates were beautified with improved landscaping.

Facilities catering to the needs of different age groups included playgrounds and fitness stations, and social communal facilities such as childcare and eldercare centres.

In response to residents' desire for greater privacy, HDB redesigned its flats such that windows no longer opened into the corridors but afforded external views instead. In addition, wider and larger windows in the living room and bedrooms offered better views, natural ventilation and more light.

To bring more nature to what could easily be concrete jungles, HDB introduced new methods of greening its housing projects. The top decks of the multi-storey carparks were designed as landscaped spaces, for instance, designed to allow for future community gardening. The "Housing in the Park" concept was also introduced.

There is greater focus on weaving green and blue elements into the housing landscape to enhance the liveability and environmental sustainability.

Over the decades, the design of public housing has continued to evolve, with more attention paid to infusing character and identity into the towns.

Some of the new ideas include new housing typologies such as flexible internal layouts and paired units for multi-generational living.

But even as housing developments become more modern, HDB makes a conscious effort to incorporate heritage elements where possible. For example, the Heritage Wall at SkyVille @ Dawson comprises a series of murals that trace the estate's history and its iconic landmarks over the years, starting from its humble village roots in the 1950s.

To enhance the distinctiveness and strengthen the identity of every town, HDB will be developing town design guides for each of the 24 towns.

Unique to each town, it will chronicle the town's history, planning vision and design intent, thus serving as a useful reference to guide future developments as the town evolves.

Correction note: Some captions in this article have been edited for accuracy.

A version of this article appeared in the print edition of The Straits Times on February 03, 2020, with the headline Evolution of HDB designs. Subscribe