A five-room flat at City View @ Boon Keng has scored a record price of $1.1 million for a Design, Build and Sell Scheme (DBSS) development.

The record comes despite a depressed resale market, underscoring what housing experts say is a persistent demand by some buyers for premium units in central locations. Units that can command such sky-high prices are "outliers", they note.

The 28th-floor flat at City View in Kallang comes with views of the Sports Hub and the sea.

Its seller, who wants to be known only as Mr Tan, said: "I thought I could try my luck, because the location is very convenient."

The 35-year-old, who works in marketing, and his wife signed the option to purchase two weeks ago. 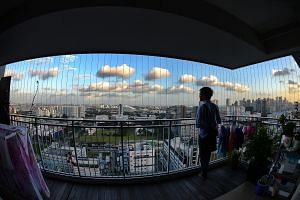 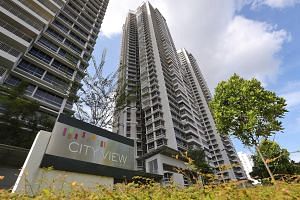 In January, City View was the second DBSS project to enter the resale market, after The Premiere in Tampines in 2014.

However, City View has been fetching higher prices due to its location, with three other units crossing the $1 million mark.

Looking ahead, the question is whether such unusually high prices will be replicated in other DBSS projects.

Units at Parc Lumiere in Simei have been on the market since February, with some fetching up to $738,000.

Despite the sluggish overall resale market, there is still demand for premium units, said industry players. Besides location and quality, such units also have attributes which "money can't buy", said ERA Realty agent Kavin Kuah, who represented Mr Tan in the deal, citing the unit's view.

Added R'ST Research director Ong Kah Seng: "The majority of resale flat buyers will be cautious and work within their budget, but a couple of buyers with deep pockets will hold contrarian views and see the worth of the flat beyond the current gloomy statistics and pessimistic property picture."