The Government announced that the ABSD will be raised by 5 percentage points for individuals.

At new developments such as the 1,472-unit Riverfront Residences in Hougang, where two-bedroom units start at $755,000, buyers would pay at least $35,000 more under the raised ABSD.

Large crowds and full carparks were seen at Riverfront Residences and Park Colonial showflats in the north-east of Singapore last night.

The former is developed by a consortium led by Oxley Holdings, while the latter, a project led by CEL Development, has 805 units and is situated next to Woodleigh MRT station.

When The Straits Times visited the Riverfront Residences showflat at about 9pm, hundreds of people were in the queue that extended into the carpark. Buyers and agents were also seen walking briskly towards the showflat with project brochures in hand.

Some in the queue were poring over the condominium layout in the brochure, making last-minute decisions about which unit to buy. Others were chomping down on takeaway dinners.

In the queue were housewives May Lim and Calista Ng, who are neighbours at Starville condominium in Kembangan.

Said Madam Ng, 52, who is looking to buy a two-bedroom unit: "I was midway through my dinner when my agent told me to rush down. But looking at the crowd, we may not get our choices."

Huttons property agent G. Manogaram, who was looking for his clients in the crowd, said: "It is stressful and overwhelming as there is a window period of only four hours to get the deals done."

ST understands the ballot for Riverfront Residences units was due to take place tomorrow. However, units were sold on a first-come-first-served basis last night. 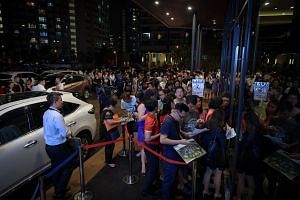 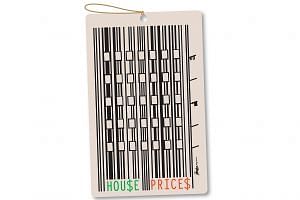 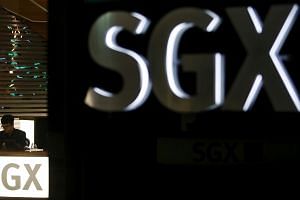 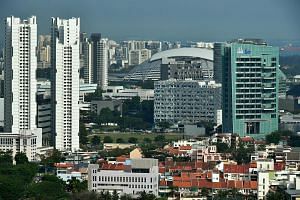 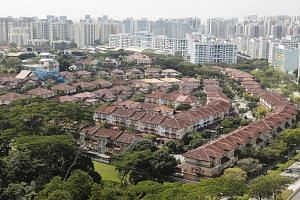 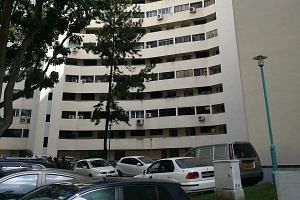 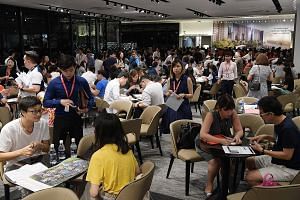 Buyers snap up over 1,000 units at three projects in one night