SINGAPORE - From Aug 24, all Singaporean families buying a Housing Board (HDB) resale flat near or with their parents or married children will get a grant of $20,000, regardless of their income and whether they have received housing subsidies before.

Eligible singles will get $10,000 if they buy a resale flat to live with their parents.

The quantum of the new Proximity Housing Grant (PHG) was among the details released jointly by the Ministry of National Development (MND) and HDB on Monday, following Prime Minister Lee Hsien Loong's announcement of housing policy changes in his National Day Rally speech on Sunday. 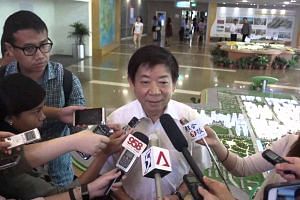 BTO flat supply can be adjusted to meet higher demand, housing policy changes not because of GE: Khaw

Furthermore, resale buyers who were previously ineligible will now be able to enjoy the PHG. This group includes private property owners, who will have to sell their private property within six months of buying their resale flat.

All Singaporeans can enjoy the PHG only once. Grant recipients and their parents or married children must live near or with each other for at least five years after the resale purchase. 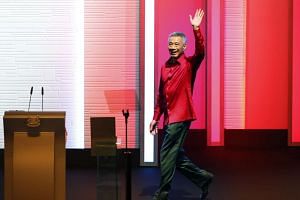 National Day Rally 2015: 11 announcements from PM Lee's speech you should know about

The income ceiling for single Singaporeans buying two-room Build-To-Order (BTO) flats will be raised accordingly from $5,000 to $6,000, as it is half of the overall income ceiling.

Another announcement was the increased Special CPF Housing Grant (SHG) for lower- and middle-income first-time BTO buyers, and a higher SHG income ceiling of $8,500.

Together with the existing Additional Housing Grant of up to $40,000, this means that low-income first-timers could receive up to $80,000 in grants. Some new two-room flats cost even less than that.