Livelihoods, relationships on the line; not clear yet who qualifies for green lane, periodic travel

For people stuck on either side of the Causeway, the possible resumption of cross-border travel between Singapore and Malaysia is cause for optimism.

The authorities of both countries agreed last week to restart cross-border travel for essential business and official travellers and long-term pass holders through two schemes: the reciprocal green lane and the periodic commuting arrangement.

Though more details will be announced before these new travel schemes take effect on Aug 10, travellers will have to get swabbed for Covid-19 and submit their itineraries to the relevant authorities.

Before the coronavirus pandemic, more than 300,000 travellers had used the Causeway every day. Among these were about 100,000 Malaysians who commuted daily between Singapore and Malaysia.

Since Malaysia shut its border on March 18, a number of them have either lost their jobs in Singapore or have had to endure lengthy separation from their families in Johor Baru.

NOT APPLICABLE TO ALL

It is still unclear who will qualify for the green lane and periodic commuting arrangement.

Details are vague for now, said Ms Aarathi Arumugam, president of the Malaysian Association in Singapore.

The association has helped defray accommodation costs for about 70 Malaysians stuck here, some of whom have since quit their jobs and returned to Malaysia, owing to the higher costs of living here.

"For those who have been waiting it out in hopes of returning to daily commuting, I don't think that will happen any time soon. And it does not seem like these schemes will apply to them," said Ms Arumugam, noting that the green lane is targeted at travel for essential business and official purposes.

Singapore's Minister for Trade and Industry Chan Chun Sing said in a Bloomberg interview in May that senior management for multinational companies and skilled technicians who need to maintain critical systems around the world will qualify as essential business travellers. 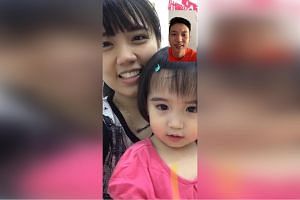 Coronavirus: Mum quit job to reunite with child in Johor but dad is in Singapore 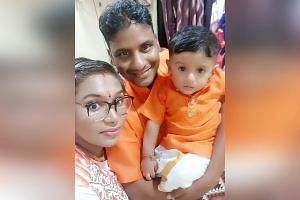 Ms Arumugam said the Malaysians most affected by the border closures are those in the lower-income bracket, who have had to bear additional expenses to remain here and keep their jobs as engineers, security officers and cleaners, among others.

She said the ideal situation would be for them to return to commuting on a daily basis. "But that is not what is being discussed right now (by the authorities)," said Ms Arumugam, adding that the priority now is to avoid a second wave of infections that some countries are experiencing.

Last month, Singapore also established a reciprocal green lane with China for residents who need to make essential business or official trips between the two countries.

These travellers have to get swabbed in both countries at their own expense. They are also required to be sponsored by a company or a local government agency, which will file for entry approval on their behalf. They do not have to serve the 14-day quarantine but have to stick to a pre-approved itinerary.

COSTS OF THE CLOSURES

The border closure and movement control order have cost the Johor state government a more than 20 per cent loss in revenue, Johor Menteri Besar Hasni Mohammad told Malaysian media last month. He said the losses were due to taxes and charges that could not be collected and a drop in investment activities and tourist arrivals from Singapore.

In Singapore, industries that rely heavily on workers from Malaysia, such as renovation and security services, have been hit by the border closure. According to Singapore Renovation Contractors and Material Suppliers Association, about 80 per cent of workers in the renovation trade are Malaysians and most of them are stuck in Malaysia. They include painters, carpenters and electricians.

In the past three months, Mr Koh, 29, has tried applying for entry permits for his workers who used to commute daily to Singapore, but it was only last week that he got one such application approved.

Similarly, security agency boss Gary Haris, 44, has been applying for entry permits for 30 of his Malaysian officers stuck across the Causeway. Three were granted approval to return to Singapore last week. He will have to pay around $2,200 for each worker's mandatory Covid-19 swab test and stay at a dedicated stay-home notice facility.

"Many of them have waited for the approval and did not quit on us, so the company is willing to foot the bill," said Mr Haris.

But this could mean a higher cost for hiring Malaysians in the future, he added, as employers now have to source accommodation for the workers who can no longer commute between the two countries daily. "We might think twice about employing Malaysians from now on," he said.

Swab tests are also compulsory for those entering Malaysia, and for Malaysians this costs from RM30 (S$10) to about RM160, depending on the type of test used. Foreigners pay about twice the price for the same tests.

WAITING TO CROSS THE BORDER

Livelihoods and relationships are on the line, as many stuck on either side of the border start weighing their options after months of no income or separation from their families.

Malaysian carpenter Chong Yuo, 36, used to travel to Singapore for work four times a week. But now, the father of two is stuck in Malaysia and has had no income in the last three months. Before the border closed, he earned $5,000 monthly. He is prepared to move to Singapore for work if daily commuting is no longer an option.

"I really cannot go on without income for much longer," said Mr Chong.

For Mr Pushparraj Kalaiselvan, 33, a storeman at an aviation firm, pay cuts and the higher cost of living here have eaten into his savings.

He used to return home to JB every night but has been paying about $300 monthly to stay at a hostel here. To continue supporting his retired parents, he tries to send back most of his $900 salary, even if it means eating bread every day.

"My father has been asking me to return home as he misses me. But for me, the priority is to keep my job. It's tough, but I have no choice."

Requirements to be published soon

A reciprocal green lane and periodic commuting arrangement between Singapore and Malaysia will begin on Aug 10, allowing limited cross-border travel between both countries.

The green lane will enable cross-border travel for essential business and official purposes, and eligible travellers will have to abide by the prevailing Covid-19 prevention and public health measures mutually agreed upon by both countries. These include undergoing polymerase chain reaction swab tests.

Travellers are also required to submit a controlled itinerary to the relevant authorities of the receiving country and adhere to this during their visit.

The periodic commuting arrangement will allow holders of long-term immigration passes for business and work purposes in the other country to enter that country for work.

Relevant agencies of both governments are finalising the standard operating procedures of the two initiatives, including any quarantine requirements.

Both countries have agreed to publish the requirements, health protocols and application process involved for entry and exit in Malaysia and Singapore 10 days before their implementation.

The two countries have also agreed to develop other schemes for cross-border movement, including a proposal for daily cross-border commuting for work purposes.

This will take into account the required health protocols and available medical resources in both countries to ensure the safety of the citizens of both sides.