SINGAPORE - Traffic is expected to be heavy at both the Woodlands and Tuas land checkpoints between Singapore and Malaysia over the Labour Day (May 1) weekend, the Immigration and Checkpoints Authority (ICA) has said.

Travellers can expect heavy departure traffic on Friday (April 29), while arrival traffic is likely to be particularly heavy on Monday (May 2), ICA added in a statement on Tuesday.

"Security at our checkpoints remains the ICA's top priority," the authority warned. 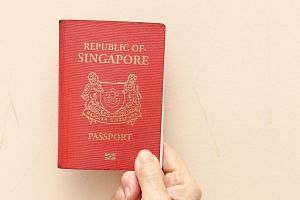 The BioScreen system has been implemented at the passenger halls of the land checkpoints to capture the thumbprints of visitors.

"To avoid a surge of travellers and vehicles seeking clearance at the land checkpoints, travellers are advised to adjust their travel plans if possible," it added.

It also reminded travellers to ensure that their passports are valid before their journey. The passports must have a validity of six months or more.

Singaporeans have also presented passports that were previously reported as lost. These can no longer be used for travelling even if they are later found as they have been cancelled by the ICA.

The ICA also encourages Singaporeans to carpool when using the land checkpoints.

Singaporeans, Singapore Permanent Residents and long-term pass holders are encouraged to use the automated clearance gantries for immigration clearance.

Travellers should also make sure that they are not carrying illegal or prohibited goods. The list of controlled and prohibited items can be found on ICA's website (http://www.ica.gov.sg).

"We seek travellers' understanding and cooperation when using the land checkpoints during the peak periods," ICA added.