As more cases are reported, people here should closely monitor their health 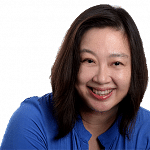 A little more than a week ago, on Aug 27, Singapore confirmed its first case of locally transmitted Zika virus.

Today, the number of confirmed cases is more than 240, found mainly through active testing of those potentially infected.

While it is upsetting that the number of people infected seems to have gone up suddenly, and especially upsetting for those who are pregnant or are thinking of getting pregnant, as the virus has been linked to babies being born with abnormally small heads (microcephaly), Zika did not just rear its head here.

The virus has been in Africa and Asia for decades. It was discovered in the Zika forest in Uganda in 1947.

In 1969, the American Journal Of Tropical Medicine and Hygiene reported that a strain of the Zika virus had been isolated from one of 58 pools of 1,277 Aedes egypti mosquitoes collected in the cities and towns of west Malaysia.

The best preventive measure is to use mosquito repellent and cover up when you go outdoors.

Mosquitoes in the positive pool were collected from shophouses in Bentong district in Pahang.

The Zika virus is one of those that has been present and circulating in the background in this region, but we have never looked very hard for it, said Dr Adrian Ong, an infectious diseases specialist at Mt Elizabeth Medical Centre.

Singapore has the vector - the Aedes mosquito - and it circulates in the same regions as dengue and chikungunya, two viral diseases that are more pronounced and cause much worse symptoms, said Dr Ong. "It was not something we specifically tested for as it was not associated with any severe disease that we knew of back then."

The reason it is now a "hot topic" is that it had spread widely in the Americas since 2014, and in populations with no immunity to it, said Dr Ong, who was previously appointed to the World Health Organization (WHO) in Geneva, Switzerland, as an executive officer to the WHO director-general and the Communicable Diseases Surveillance and Response division.

Zika's presence in Brazil was confirmed in May last year, after the first alarms about microcephaly were raised in the state of Pernambuco. In a state of nine million people, typically nine babies are born each year with microcephaly.

By November last year, there were 646 babies born with the condition.

"There's still a lot that is not known. Prior to this, Zika had not been linked to microcephaly and tests were limited to other congenital infections instead," said Dr Ong.

Today, women here have excellent access to antenatal care that can pick up microcephaly early.

Maternal infection with the Zika virus in the first trimester of pregnancy was associated with an estimated 1 to 13 per cent risk of microcephaly, according to researchers from the US Centres for Disease Control and Prevention.

Their study found "negligible" association between infection and the risk of microcephaly in the second and third trimesters, said Dr Seng Shay Way, consultant obstetrician and gynaecologist at the Raffles Women's Centre and Raffles Fertility Centre.

However, for most adults, it either causes no symptoms or a mild illness and does not appear to have significant long-term consequences.

Much research is ongoing and studies have shown effects of Zika on the brain cells of mice, said Dr Seng. But there is no data on adults.

The Ministry of Health has advised residents in the affected areas and areas of concern, especially pregnant women, to closely monitor their health, said Dr Seng.

They should seek medical attention, especially if they have symptoms such as fever and rash.

There is no vaccine for Zika. The best preventive measure is to use mosquito repellent and cover up when you go outdoors. Mosquito- proof your home too as mosquitoes that spread the Zika virus bite mostly during daytime, said Dr Seng.

Even if you do not feel sick, travellers returning here from an area with Zika should take steps to prevent mosquito bites for three weeks so that they do not spread Zika to mosquitoes that could spread the virus to other people, he added.

Once an infected person has recovered, he is likely to be protected from future infections.

A version of this article appeared in the print edition of The Straits Times on September 06, 2016, with the headline What you need to know about Zika. Subscribe