There are perhaps few herbs as prized as the ginseng for its purported health effects. It is said to be rich in antioxidants, and to support immunity. The use of ginseng is well-documented throughout Asian history. In particular, the Korean red ginseng – Korean ginseng that has been steamed and dried in heat or sunlight – is known to contain the most varieties of ginsenosides as compared to other ginseng species. Records of its use in ancient Korea date back to the early 1000s.

Despite having history on its side, the consumption of Korean red ginseng in modern society is still very much thought to be old-fashioned, and something only the older generation partake in. Even among those who are more familiar with traditional Chinese medicine (TCM), there are often concerns about the potency of the Korean red ginseng, and how “heaty” it might be.

According to TCM physician Pan Chien Ying, while Korean red ginseng does have a “warmer” nature compared to other types of ginseng, it helps promote blood circulation. This can leave a person feeling flushed, but it does not change the body’s core temperature. This increased blood circulation, alongside a slew of benefits like supporting immunity, and helping with fatigue and mental alertness, actually makes Korean red ginseng very effective in revitalising our bodies from an overworked, stressful lifestyle, says Ms Pan.

She explains: “Heatiness is a result of excessive ‘yang’ energy in our bodies. Accumulation of heatiness may cause long-term symptoms that affect the quality of life.” This may physically manifest as a sore throat, constipation, acne, bad breath, oral ulcers and in health issues like digestive problems, insomnia, a stiff neck or back pain, and irregular menstrual cycles, she adds.

Ms Pan says: “As working from home becomes the new norm, the boundary between personal time and work time has increasingly blurred, which could potentially lead to increased stress, diffused attention and fatigue. Taking Korean red ginseng can be helpful in dealing with these conditions.”

Look for the right quality

To ensure that you are getting the best quality red ginseng, Ms Pan recommends buying those sourced from its native origin, South Korea. “In particular, consumers should look out for the six-year-old Korean red ginseng as that is when it reaches maturity and maximum nutritional benefits.” 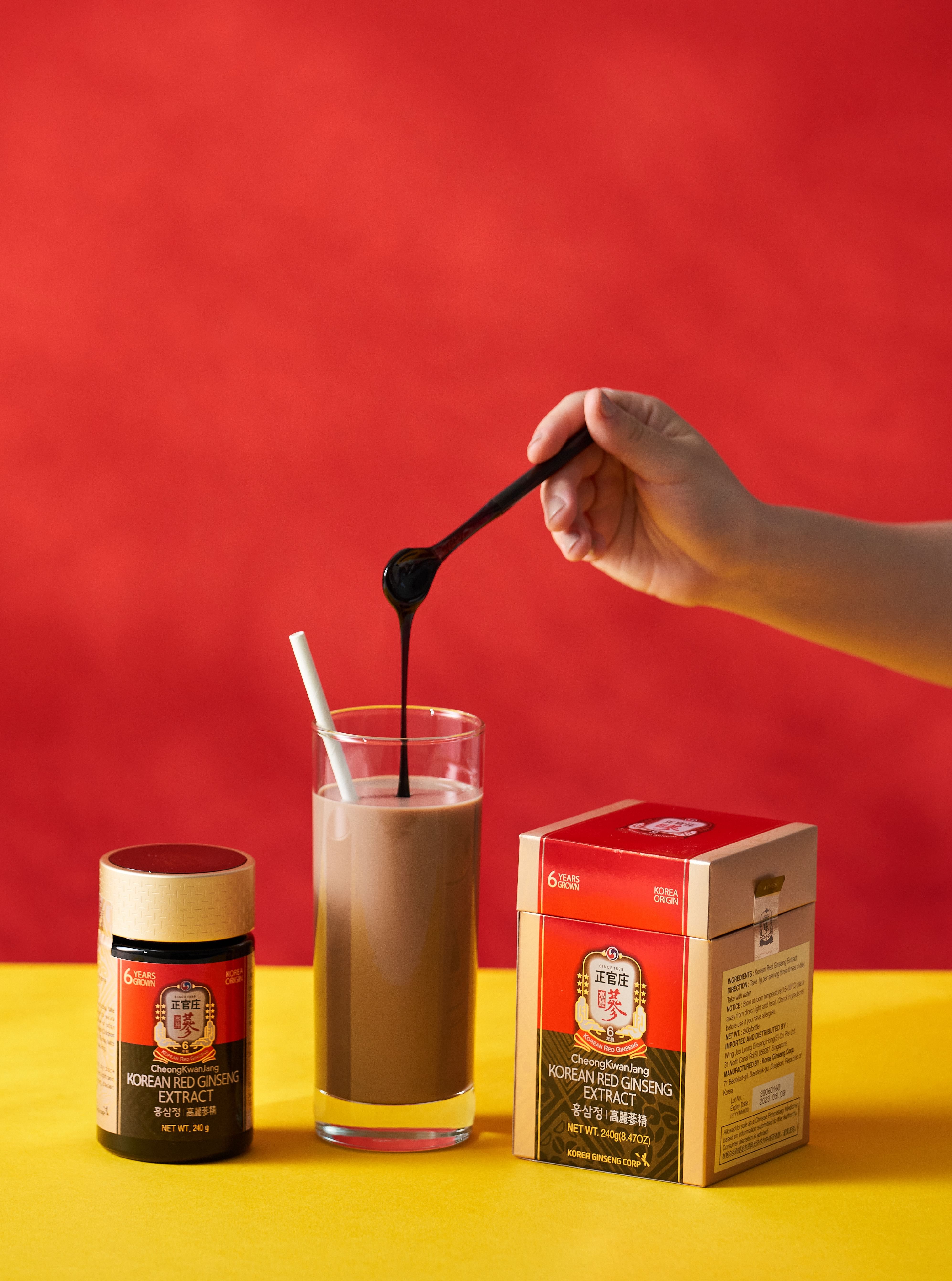 To make it accessible to consumers of varying age groups and lifestyles, Cheong Kwan Jang offers more than 40 types of supplements in various forms and price points. This ranges from pills, capsules and tablets that can be easily incorporated into an existing routine, to convenient stick sachets for those constantly on the go, and pure concentrated extract for those who prefer to consume their ginseng in its purest form.

If you have concerns about any potential side effects of taking Korean red ginseng, Ms Pan says it “can be taken as a health supplement for a long period of time, and is generally suitable for everyone, young and old”.

In fact, studies cited in the Journal of Ginseng Research and Japanese Journal of Pharmaceutical Health Care and Sciences have found that Korean red ginseng could help with the regulation of blood pressure, blood sugar and cholesterol levels. It has even been linked to the relieving of menopausal symptoms, according to a study cited in the Journal of The North American Menopause Society.

But health benefits aside, it is still important to first consult your physician if you are currently on medication, pregnant or breastfeeding. Patients who are taking anti-platelet medication or warfarin should avoid it entirely as the herb has an inhibitory effect on platelet aggregation.

*This article provides general information only and is not a substitute for medical advice. Please consult medical or healthcare professionals for advice on health-related matters.