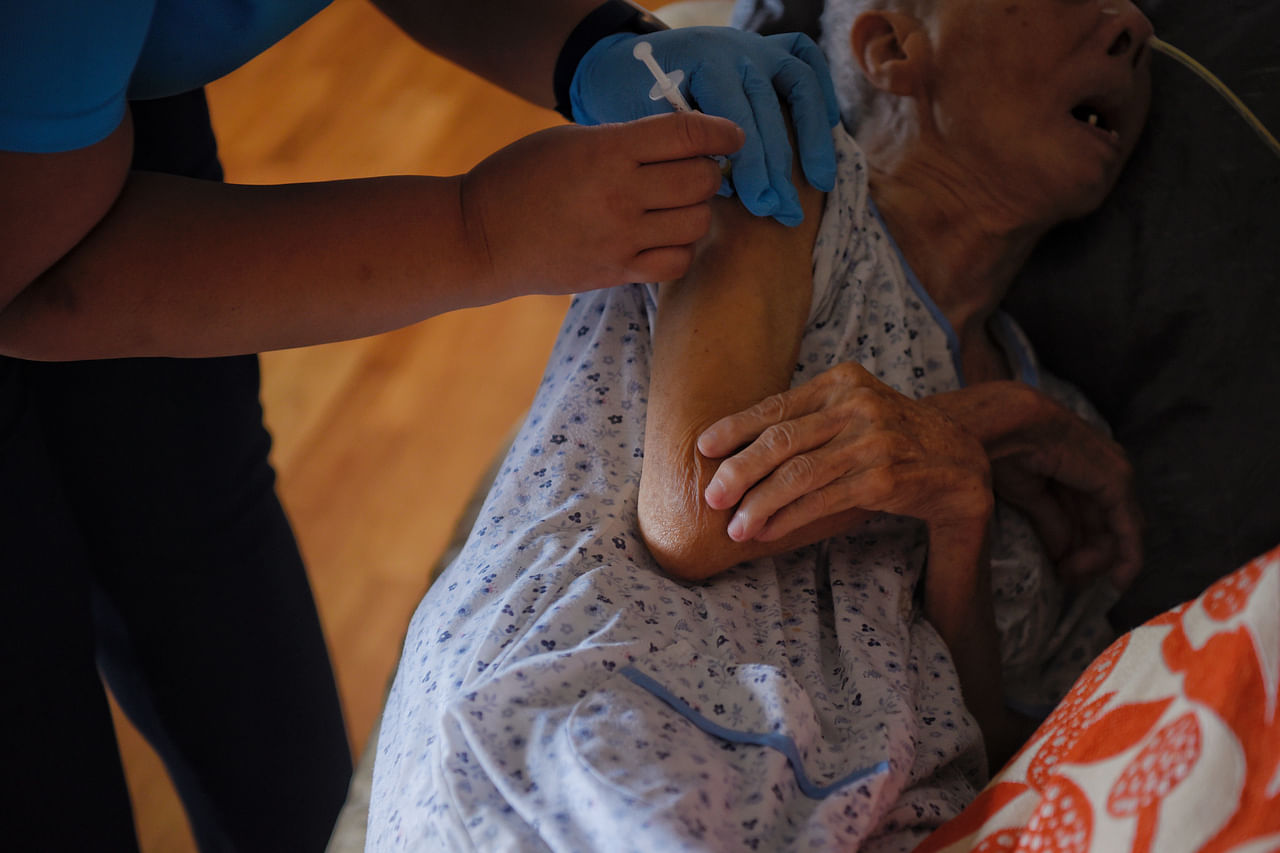 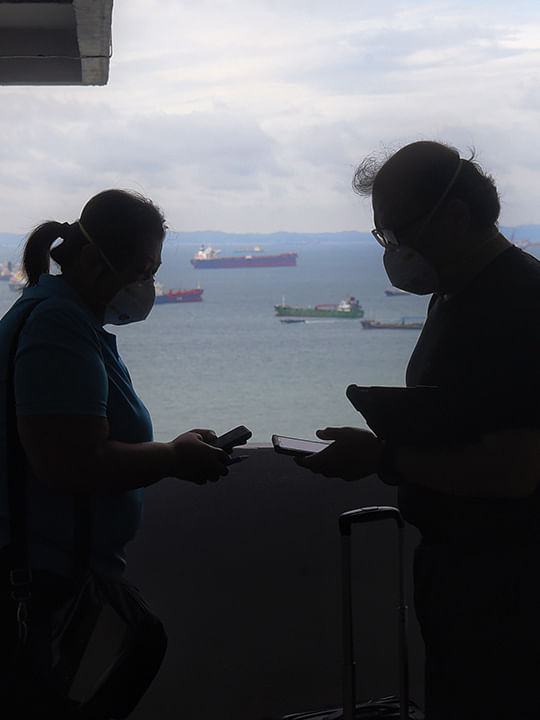 Feeling restless and apprehensive about his second Covid-19 shot, the young man with autism asked the home vaccination team: "Does it hurt? Can you hurry... I feel like fainting."

Dr Michael Khaw, 61 - who was holding the 24-year-old's hand as nurse Winnie Tan administered the jab - comforted the young man with a side hug. Dr Khaw then continued holding his hand, and gently pressed on the injection site for a few moments.

Dr Khaw and Ms Tan, 42, make up one of 33 medical teams that are fanned out across the island, working fast to vaccinate as many people in their homes as they can.

While 81 per cent of Singapore's population are fully vaccinated, the housebound make up a major proportion of those who are eligible but have yet to be vaccinated.

The nation's vaccination drive is currently focusing on the housebound with the help of teams from home care providers such as Edgedale Medical Clinic, Speedoc, as well as the Singapore Armed Forces Medical Corps.

With about 700 requests coming in each week, Singapore aims to complete all home vaccinations by the end of this month.

Ms Tan is a full-time nurse with Edgedale, while Dr Khaw, a recently retired general practitioner, is a locum doctor.

Both of them have had to learn to deal with the unexpected during home vaccinations.

For instance, after the young man with autism received his first dose in mid-August, he tried to snatch the needle from Ms Tan.

While giving him the second dose last Wednesday, Ms Tan was better prepared. She did not lay out all the medical items in front of her in case the young man picked them up. She held only the syringe and some gauze, with the rest of the medical equipment placed farther away.

While chatting with The Straits Times outside the vaccination centre at Marine Parade Community Club, he stepped away to help a young woman who had accidentally knocked over some bicycles outside the community club.

His compassion shows when he is out on the job. After giving Ms Tan the go-ahead to vaccinate the housebound at all seven homes they visited on Wednesday, Dr Khaw would ask each caregiver: "Do you have any questions for me? Anything at all?"

While caregiver Lilian Lim's husband - who has Parkinson's disease - was resting after his jab, Dr Khaw made time to show Madam Lim how to use an antigen rapid test.

And to assuage the fears of another caregiver, 61-year-old Lim Kok Yong, that the vaccine may do more harm than good for his wife, Dr Khaw used analogies to explain to him how the Covid-19 vaccine works.

Mr Lim's 60-year-old wife has been battling a rare form of dementia, called frontotemporal dementia, for nine years. She had seizures in 2019 that led to bent joints and deformities in her hands and legs.

While working at Medihealth Bishan Clinic and Surgery before retiring in June, Dr Khaw would actively encourage his elderly patients to get vaccinated.

"To succumb to Covid-19 is terrifying. Once your lungs are damaged, you have oxygen around you, but you can't breathe. You may be conscious and awake, and feel you're 'drowning'."

Since end-August, Dr Khaw has been attached to Edgedale and works from Mondays to Wednesdays.

While travelling across the island, home vaccination teams would meet curveballs in the form of torrential showers or hostile households.

On Aug 24, Ms Tan was caught in the Bukit Timah flash flood and was stuck on the road for 1½ hours. "My biggest worry was the vaccines. After dilution, they have only six hours before expiring," she said.

Dr Khaw added: "We feel a heavy burden not to waste the vaccines."

To ensure the vaccines could be used before they expired, Ms Tan bought time by postponing her lunch.

Dr Khaw said of the importance of home vaccinations: "When Singapore opens its doors, for these people with access issues... no matter how much of a bubble they live in, they cannot be protected from Covid-19. The virus will find its way to you."