SINGAPORE - Health Minister Gan Kim Yong has said that the timeline of the hepatitis C outbreak at the Singapore General Hospital (SGH) will help to identify gaps in current protocols.

In a statement to the media late on Friday, Mr Gan also said that any gaps in the process will be looked into and rectified, including the issue of information flow.

Refering to the sequence of events and actions taken by SGH between April and August 2015, Mr Gan said: "This is an important area that the independent Review Committee will be looking into critically to determine whether there are gaps in the process."

The areas that will be examined include the "timeliness of SGH's response, how crucial information is reported, and whether there are areas that need to be tightened and improved upon, such as safety protocols and information flow," he added. 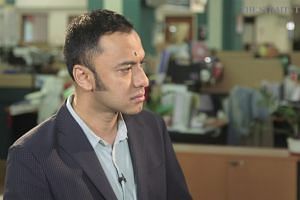 On Tuesday, SGH made known that 22 kidney patients had contracted hepatitis C infections while receiving treatment in the hospital. It first suspected the cases were linked as early as mid-May though tests only confirmed this later.

It told the Ministry of Health (MOH) in late August and briefed the minister on Sept 25.

On Wednesday, SGH released a sequence of events in response to media queries on why SGH took so long to make the information public.

Mr Gan pledged to address any flaws identified by the review, and that the process will be transparent.

"It is important that we remain transparent. We will share the findings of the Review Committee when it is ready."

- HCV carriage up to 20 years before symptoms

- Stopped use of multi-dose vial in all wards (24 Jun)

• July: Phylogenetic tests carried out for the first time in SGH lab

- Tests were done in 3 batches, as cases surfaced

- Evidence that this is a Cluster of cases