Move part of push for healthier eating; most of the foods likely to be affected are imported ones

Partially hydrogenated oils (PHOs), the main source of artificial trans fats, will be banned as an ingredient in all foods sold in Singapore from June 2021.

This includes all pre-packaged foods such as cookies, potato chips and instant noodles, even if they are manufactured overseas.

Senior Parliamentary Secretary for Health and Home Affairs Amrin Amin announced this during a visit to Sheng Siong supermarket in Woodlands Road yesterday.

"This is part of an ongoing initiative to encourage healthier eating among Singaporeans and to improve the quality of Singaporeans' diets," he said. "We do not expect any price increases for consumers as there are enough alternatives to PHOs readily available."

Most local manufacturers and retailers have already taken steps to reformulate their products following a limit on artificial trans fats that went into effect in 2013.

A regulation was amended to stipulate that fats and oils supplied to manufacturers and food and beverage outlets in Singapore, as well as those sold on the retail market, must not have trans fat content exceeding 2 per cent per product.

It also became mandatory to label trans fat levels on the packaging of all fats and oils, and indicate in the ingredients list if PHOs were used. But the regulation did not cover pre-packaged foods, including those manufactured overseas.

This means that most of the products that are likely to be affected by the new ban are imported.

Mr Jimmy Soh, deputy president of the Singapore Food Manufacturers' Association, said many in the industry knew the ban was coming. The new ruling was a positive change for the industry.

Mr Amrin had said in March during the debate on the Health Ministry's budget that it was planning to introduce the ban.

This is part of an ongoing initiative to encourage healthier eating among Singaporeans and to improve the quality of Singaporeans' diets... We do not expect any price increases for consumers as there are enough alternatives to PHOs readily available.

This comes after countries such as the United States, Canada and Thailand introduced similar bans last year and earlier this year. Brazil also passed a law last year that will see a ban go into effect in 2021.

Other products that are likely to contain PHOs include baked goods such as cakes and pastries; fried snacks; frozen pizzas and ready-to-eat meals; beverage creamers and three-in-one drink mixes; chocolate spreads and peanut butter.

Mr Lim Hock Chee, chief executive of Sheng Siong Group, said an estimated 200 of the 2,000 products in these categories sold by the supermarket chain contain PHOs. 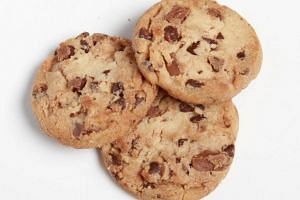 MOH to ban artificial trans fat in cookies and noodles

WHO calls for trans fats to be eliminated within five years

He added that Sheng Siong would stop importing products that do not comply with the regulations.

Sheng Siong Group is one of six manufacturers and retailers that have pledged to ensure that the products they produce or import will be free of PHOs by June 2020, a year before the ban kicks in here.

The others include Gardenia Foods, Nestle Singapore, Sunshine Bakeries, FairPrice and Prime Supermarket.

Nestle Singapore said that 98.6 per cent of its products sold here are already PHO-free. The rest will be PHO-free by the end of the year with no pricing changes, it added.

Similarly, Mr Jose Miguel Porraz, chief executive of Sunshine Bakeries, said the company's efforts to remove PHOs from its products are about 98 per cent complete.

Trans fats are used in food manufacturing and by restaurants because they enhance the flavour, texture and shelf life of processed foods. But research now shows that eating trans fats increases one's risk of heart disease and stroke.

"There is no safe amount of trans fat that can be taken on a daily basis. The less the better, as there is no benefit at all," said Ms Lynette Goh, principal dietitian at the National University Polyclinics.

What you need to know