SINGAPORE - Just because the Singapore Medical Council (SMC) is the professional watchdog does not mean that it can act with "absolute impunity", the Court of Three Judges ruled on Wednesday (Sept 4) when it upheld a disciplinary tribunal's decision to make the SMC pay the legal costs of a high-profile plastic surgeon.

The SMC had charged him for using a patient's pictures and medical information without her consent, but the disciplinary tribunal, in finding him innocent, said the complaints were "vexatious and baseless" and told the SMC to pay the surgeon's costs for the hearing.

The SMC did not dispute his acquittal, but appealed to the Court of Three Judges against having to pay the surgeon's legal costs. It now also has to pay $20,000 to cover his costs for the appeal.

The plastic surgeon was not named in the judgment.

Justice Andrew Phang, delivering the court's decision, said: "While we agree that a prosecutorial agency such as the SMC should be free to discharge its public function without the fear of costs sanctions looming over its head, we also consider that it cannot be allowed to do so with absolute impunity."

The surgeon, who runs his own clinic, had successfully treated the woman with Botox for enlarged parotid glands from 2008 to 2013.

In 2014, she filed a complaint against him for using her "unanonymised photographs" in a chapter of a book and in at least two medical presentations.

The surgeon told the SMC's Complaints Committee that he had obtained her written permission for the use of the materials.

Almost two and a half years later, the SMC informed the surgeon it was bringing charges against him.

But, satisfied that the surgeon's conduct met approved standards, the disciplinary tribunal acquitted him of all charges. It also faulted the SMC for its lack of documentary evidence to back up the patient's claims.

The Court of Three Judges supported the tribunal's decision, saying "the charges were not brought on grounds that reasonably appeared to be sound".

Justice Phang said: "It should have been incumbent on the SMC to ascertain the veracity of these complaints before preferring the charges."

The Appellate Court noted that the SMC was aware that the patient had signed a written statement allowing the use of her photos and to describe her case in medical/scientific publications.

The surgeon told The Straits Times that he used them in a technical book and was not paid for his contribution.

The SMC's case rested on the patient, her husband and one expert witness who did not have the professional experience to back his opinions. The court said the SMC should, "at the very least", scrutinise if its expert had the relevant expertise. 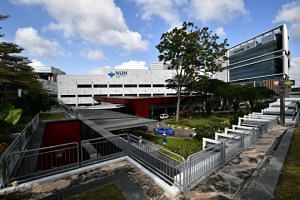 SMC looking at range of measures to improve disciplinary process

It noted that the tribunal saw fit to "express its strongest condemnation" against the patient and said: "This is by no means a common finding and not one that a court of a tribunal would make lightly."

The tribunal found that not only were her allegations false, but the patient and her husband had also lied in other areas. She had claimed to be a naive homemaker but the tribunal found her "a sophisticated, capable and highly educated professional with a mind of her own".

The surgeon told The Straits Times the case had been "a most unpleasant experience".