A "highly unusual" outbreak of six tuberculosis cases within a period of four years at Block 203 in Ang Mo Kio has brought a forgotten disease back into the spotlight.

Even as the block's residents queued up for TB screenings yesterday, the Government and healthcare experts have assured the public that the risk of an epidemic is low.

TB, especially its multi-drug resistant strain, is not that common. According to statistics released by the Ministry of Health (MOH), the incidence of TB among Singaporeans and permanent residents last year was 38.4 per 100,000 - the second lowest in Asia after Japan.

Multi-drug resistant TB, which the six Ang Mo Kio residents were diagnosed with, makes up just a small fraction of total cases. 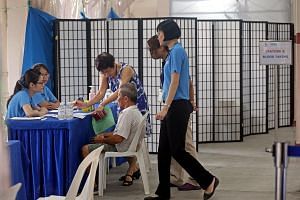 TB is spread through fine respiratory droplets from an infected person. Those with TB are most likely to spread it to people in close and prolonged contact, such as family members, friends and co-workers.

While TB can be fatal - there were 55 TB deaths in 2014 - doctors The Straits Times spoke to emphasised that it can be treated.

"Unlike HIV or diabetes, which are chronic diseases, TB is gone once the patient completes his medication regimen," said Dr Leong Hoe Nam, an infectious diseases specialist at Mount Elizabeth Novena Hospital. 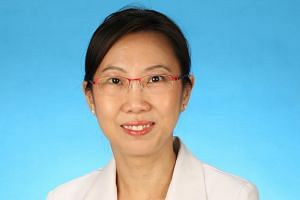 Regular TB patients can return to work or school after two weeks of treatment as they become non-infectious. Those with the more resistant strain have to stay in hospital longer so doctors can ascertain suitable drugs to prescribe.

Dr Cutter encouraged Singaporeans not to shy away from TB screenings. "Early detection is key. Almost all TB cases are eventually treated... There is no cause for panic."

A version of this article appeared in the print edition of The Straits Times on June 17, 2016, with the headline 'Risk of an epidemic low, no cause for panic: Experts'. Subscribe
Topics:
More
Whatsapp Linkedin FB Messenger Telegram Reddit WeChat Pinterest Print Purchase Article Copy permalink