From cell therapy to more personalised medicine, research is well under way to improve the treatment outcomes for patients with gastric cancer.

While the current standard of care is surgery and chemotherapy, a major challenge in treatment is the fact that individual gastric cancers - which affect more than 700,000 in Asia - are not all the same. Researchers in Singapore, including from the Singapore Gastric Cancer Consortium (SGCC), are looking at how they can use genomics and cell therapy to develop better treatments. According to the SGCC, individual gastric cancers vary widely in aggressiveness and treatment response. For instance, different cancer cells can be found in a single tumour.

About 10 per cent of the gastric cancer tumours were associated with the Epstein-Barr virus - a type of herpes virus. In another subtype, the tumours were unstable as a result of sections of genes being deleted or duplicated, noted the scientists.

Dr Patrick Tan, deputy executive director at A*Star's (the Agency for Science, Technology and Research) Biomedical Research Council, said gastric cancer is one of the most heterogeneous diseases, both between different patients and also in the same patient.

Dr Tan, also a professor at Duke-NUS Medical School, was part of a team here that identified different "molecular profiles" of gastric tumours from patients.

Since then, a team led by Dr Yong Wei Peng, associate director (research) at the National University Cancer Institute, has started a clinical trial to find out whether these different profiles can predict responses to therapy. More than 70 patients - 43 of them Singaporeans - have been recruited so far and data analysis is ongoing. 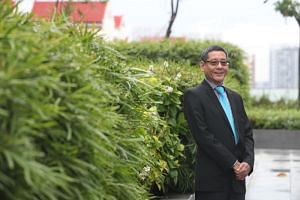 Dr Yong, who also leads the therapeutic arm of the SGCC, said that Phase 3 studies are ongoing to compare immunotherapy with the current standard of care.

Interest in immunotherapy began to surge in the past two to three years, Dr Yong said, adding that about $2 million in grants has been given to the SGCC for immunotherapy research.

Cancer cells harbour genetic mutations and release proteins that the immune system can recognise as "non-self", triggering an immune response to get rid of the cancer cells, said Dr Yong.

"Cancer vaccines are antigens essential for priming and activation of the immune system," said Dr Yong, citing a "five cocktail" vaccine that has been shown to work fairly well in one in four patients.

"Using five different peptides increases the chance that it will work for someone."