They turn to IVF, other assisted reproductive tech as more of them start families later in life

Two years after they got married, Ms Lily Lim (not her real name), and her husband decided it was time to start a family.

They expected to conceive naturally in no time and were taken aback by their repeated failed attempts over the next three years.

Even so, their determination to have a baby never wavered as they tried everything from "very frequent sex" to two failed rounds of intrauterine insemination, as well as surgery to remove a fibroid in Ms Lim's uterus.

"Relatives would ask me when I was going to have a baby. So, we went overseas during Chinese New Year to avoid them," she said.

"I know they meant well but people didn't know we had been trying hard. We desperately wanted a child of our own." 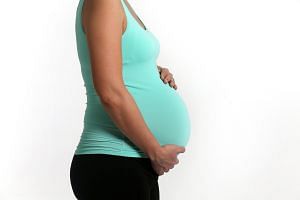 Last year, they decided to try in-vitro fertilisation (IVF), a process in which her eggs were retrieved and combined with her husband's sperm in a laboratory. The fertilised egg was then implanted in her uterus. They welcomed their baby boy four days ago.

Like the Lims, more couples here are turning to IVF and other assisted reproductive technologies (ART) to conceive a child.

And like them, more and more couples are starting their families later in life, when they are done with higher education and starting their careers, have chosen their mates and feel more settled in life.

Preliminary data from the Health Ministry (MOH) shows that 6,044 assisted reproduction cycles were done in Singapore last year, making it the second year that the demand has crossed the 6,000 mark.

"The increase in the number of couples seeking treatment may be due to improving pregnancy rates, better awareness and increased affordability," said Dr Sadhana Nadarajah, director of the KKIVF Centre at KK Women's and Children's Hospital.

Its successful pregnancy rate has risen to about 40 per cent to 44 per cent per cycle while the take-home- baby rate is about 30 per cent, up from 35 per cent and 27 per cent respectively five years ago, she said.

Unfortunately, the reality is that a woman aged below 36 stands a higher chance of getting pregnant, and the average age of a woman seeking help has either remained steady or risen.

Like other developed countries elsewhere, Singapore is experiencing falling birth rates as women, who are better educated and have professional careers, choose to have children later in life.

At the private Virtus Fertility Centre, the average age of women seeking help is 37.

"With couples focusing on their careers, the right time for starting a family is often delayed today until partners are in their mid-30s when fertility has started to decline," said its director, Dr Roland Chieng.

Women may be overestimating their chances of getting pregnant in their mid-30s, according to a survey of 1,009 women commissioned by the centre last December.

Nearly 45 per cent of the respondents believed the odds of naturally conceiving a child in a given month are 50 per cent, when the actual likelihood of conception is 15 per cent to 20 per cent, said Dr Chieng.

Some people go through multiple cycles to conceive. More than 80 per cent of the patients at Virtus Fertility Centre have been through several unsuccessful IVF attempts with other centres in Singapore or abroad, sometimes spending tens of thousands of dollars - if they are among the lucky ones who can afford it.

In a recognition of the trend towards late marriages, MOH has increased the funding that couples can receive to defray the cost of using ART. Since the start of 2013, eligible couples seeking ART treatment in public hospitals can receive up to 75 per cent in co-funding from the Government for a maximum of three fresh and three frozen cycles.

For Ms Lim, the cost was high as she sought treatment at a private centre. "We don't dare to look at the bills! I think we've paid more than $20,000, including consultation fees and medications."

Fortunately for her, she succeeded after just one cycle.

Aside from helping them pay for treatment, however, there is more the Government can do to boost the success rate of couples getting pregnant, said doctors.

That would be to allow pre-implantation genetic screening (PGS) and social egg freezing. PGS can be used to check the chromosomes of an embryo for chromosomal abnormalities, so that affected embryos are not transferred to the womb.

Social egg freezing is when a woman chooses to have her eggs harvested, frozen and stored for later use because she is not ready to have a baby yet, for instance.

Quite a number of couples - particularly those who are older, have suffered multiple miscarriages or have gone through a few failed rounds of IVF - go overseas for PGS, said Dr Loh Seong Feei, medical director of Thomson Fertility Centre.

This is because for older couples, the lower IVF success rates may be due to chromosomal abnormalities in the embryos, he said.

"The rate of chromosomal abnormality in embryos following IVF is about 50 per cent in women under the age of 30 and over 80 per cent in women over 40," said Dr Lim Min Yu, consultant at the Clinic for Human Reproduction at National University Hospital Women's Centre.

And over 60 per cent of spontaneous miscarriage cases are caused by chromosomal abnormalities in the foetus, he said.

PGS is available in several countries, including Britain, the United States, Australia and Malaysia.

Here, only pre-implantation genetic diagnosis may be used by couples with known inheritable genetic disorders such as thalassaemia, to prevent the inherited condition from being passed on to the child. As for egg freezing, only women who have to undergo treatment that may damage their eggs, such as chemotherapy, are allowed to have them frozen.

MOH has previously said it was reviewing PGS. In a parliamentary reply in late 2014, Health Minister Gan Kim Yong said it had rejected requests for PGS because the effectiveness of PGS in improving the chance of live births for women with fertility problems, such as advanced maternal age, recurrent miscarriages and recurrent IVF failures, was unclear.

There was also the risk of it being used to select embryos for non-medical reasons, such as sex selection for social reasons, he said.

However, doctors believe that PGS is a useful test. "Studies performed have demonstrated that pregnancy and live birth rates are higher following PGS, compared to no PGS," said Dr Lim.

Dr Ann Tan, medical director of Mount Elizabeth Fertility Centre, added: "The gender can be blinded by the laboratories so that there can be no biases."

Singapore has a fertility rate of below 1.4, well below the 2.1 replacement level, and is trying hard to raise it.

At the end of the day, couples will need to be aware that fertility declines with age.

"When I decided to start a family, I was 34. I thought I was still young, and that getting pregnant was easy," said Ms Lim. "I saw people around me and celebrities having kids in their late 30s. So I had this impression that if they could do it, so could I."